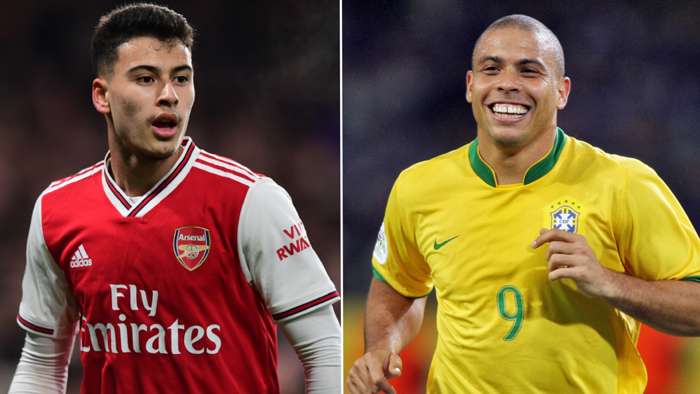 Gabriel Martinelli has been likened to Brazil legend Ronaldo by former Arsenal striker Kevin Campbell, with the Gunners considered to have a “sensational” talent on their hands.

The talented teenager was expected to be eased into the fold following a 2019 switch from Ituano.

He was very much a rough diamond in need of polishing, with Arsenal moving quickly to ensure that they would be the ones to benefit from obvious potential.

Martinelli settled quickly in new surroundings, though, and was able to earn regular game time under Unai Emery and Mikel Arteta, as well as a new long-term contract.

A productive first season in north London delivered 10 goals through 26 appearances, with his progress only stunted by an unfortunate injury.

Martinelli was laid low prior to competitive football entering a state of coronavirus-enforced lockdown in March.

He has not been seen since, as he works his way back from a serious knee injury, but could return before the end of the calendar year.

Campbell is among those looking forward to seeing the youngster step back onto the field, with his early outings for Arsenal seeing him follow in the footsteps of an iconic countryman.

“I think Martinelli is the one, I really do,” former Gunners frontman Campbell toldFootball Insider.

“Martinelli was sensational when he came in last season.

“He is a real handful – strong, direct and reminds me of the Brazilian Ronaldo. The way that he picks up the ball and runs at goal is phenomenal.

“I am not saying that he is Ronaldo but he reminds me of him, especially with that goal he scored at Chelsea.

“He’s got a big future but I do not want to put too much pressure on him because he suffered that injury and he needs time to come back and get his feet under the table again, get comfortable and play games.

“Players tend to get long-term injuries and then come back and pick a niggle up somewhere else. He will need time to get back into the swing of things.”