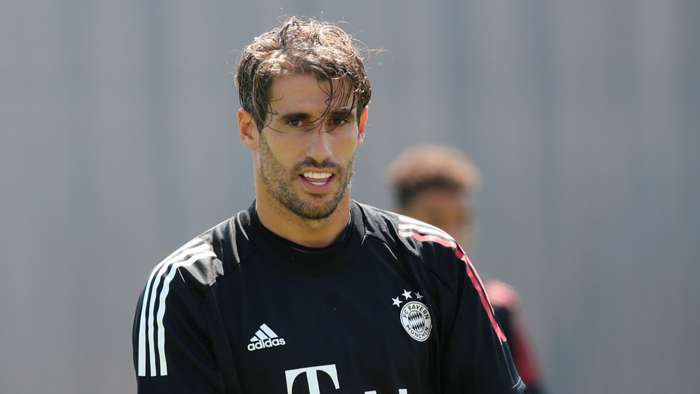 However, Martinez has been restricted to just 10 starts in all competitions in 2019-20 and recently entered the final 12 months of his contract.

GoalandSPOXreported last month thatno talks over a new contract hadtaken place and that no decision hadbeen made over Martinez's future.

Rummenigge has opened the door for the Spaniard to move on during the close season, with teams in France and former club Athletic rumoured to be interested.

"We know that he would like to leave the club with a suitable offer," Rummenigge told AZ.

"We wouldn't put any obstacles in his way because he was always a good player and a reliable, serious person. We will always try to find a solution that suits the player."

In an interview with Marca in June, Martinez insisted that he was not looking to leave Bayern but admitted that he was also keeping his options open, including a potential return to Athletic.

"I am open to everything that fulfils me personally and physically. I could live and play in the USA, inAustralia, or return toSpain," Martinez said.

"I had six unbelievable years in Bilbao. Of course it is an option."

Rummenigge also reiterated on Wednesday that fellow midfielder Thiago Alcantara, strongly linked with Liverpool, will only be allowed to leave if his valuation is met.

"Regarding Thiago, it's known that he told us he wanted to do something new," Rummenigge told Bild.

"If a club approaches us that is willing to pay a fair transfer fee, we will work on it."

Bayern are also in talks with versatile defender David Alaba over a new contract, while loanee Philippe Coutinho will return to Barcelona later this month.