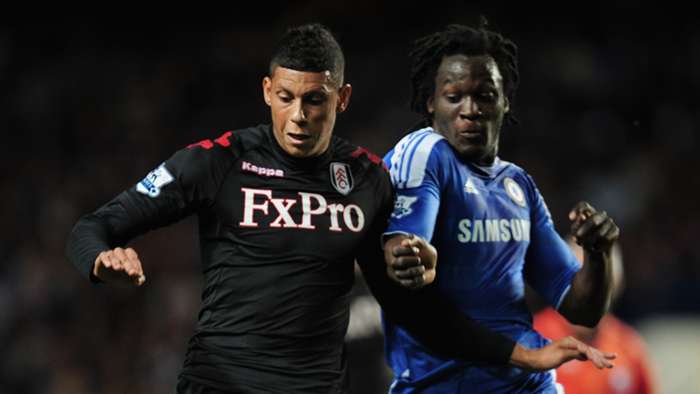 BeforeHarvey Elliott claimed the mantle of being the Premier League's youngest everplayer, Matthew Briggs had been reluctantly carrying thathonour for over a decade.

Making his Premier Leaguedebut only 65 days after his 16th birthday, Briggs hadto return to school the next day for exams as he and his classmates struggled to comprehend his quick ascent.

Fast forward 13 years, however, and many will be equally curious as to what happened to the former England youth international, who has since been forced to play eighth-divisionfootball and even swap his football boots for a construction helmet.

Briggs' breakthrough moment arguably cametoo soon with his first taste of the Premier League followed by the bitter pill of playing in Fulham's youth team again for the next two years.

"That knocked my confidence straight away and I don't think I ever came back from that, to be honest," Briggs told the BBC.

"As I was a big boy for my age I feel they treated me like I was already a man, and I was still very young mentally - I was still a kid and I needed that nurturing, support and guidance which I didn't really get."

Despite hisbrief brush with the top-flight, Briggs managed to catch the eye of Manchester United as a teenager but found any move away from Craven Cottage blocked as the club demanded a ridiculous sum for a player that had yet to prove himself.

The defender would eventually break through at Fulham, playing regularly in their 2011Europa League campaign, and was close to securing a contract extension before injury and the sacking of manager Martin Jol suddenly left him club-less at the age of 23 - seven years on from his fairytale Premier League debut.

Millwall would eventually sign Briggs, who was loaned to - and eventually bought by - then-League One side Colchester. While a further drop down the English football ladder, he played regularly for the first time in his senior career and seemed to be building momentum before a move to League Two club Chesterfield in 2017 put him on the back foot again.

Forced into a 10-hour round commute and still coming to terms with the reality of being a father, Briggs conceded his focus on football faded.

“I remember playing a game one time and giving the physio my phone in case there was an emergency," Briggs, whose wife gave birth prematurely,told Planet Football."I wasn’t fully able to just focus on playing football. My mind was kind of elsewhere.”

In January 2018, Briggs was released by Chesterfield and after failing to earn a contract with Barnet, found himself swapping the football pitch for construction sites as he looked to provide for his family.

With his Premier League debut now just a fading memory, Briggstried to use his temporary career switch as motivation to ensure his football journey wasn't going to end prematurely.

"I was so depressed about it and my uncle said to me, 'Listen, just come and work', so I did and, to be fair, I take my hat off to the construction industry because I learned a lot," Briggs told the BBC.

"I learned how to put walls up, build blocks and do all that. I learned some life skills.

"I thought, 'Is this what my life has come to?' No disrespect to the construction industry but playing at 16 in the Premier League to then working a construction job, it's made me more hungry to turn it back around."

Desperate to prove he could still play professionally, Briggs accepted an offer to spendthe 2018-19 season witheighth-division English sideMaldon & Tiptree. Making a career-best 38 appearances that campaign, the defender managed to attractinterest from Denmark and ultimately signed for first-division clubHB Koge.

Once again,however, matters off the pitch quicklyderailed his time there with Briggs claiming the club failed to honour an agreement that would have ensured he was reunited with his children during the winter break.

Back in England again, the former Fulham breakout star was most recently lining up for sixth-tier outfit Dartford, andat the age of 29, is refusing to give up on rising through the football ranks once more.

“I want to get back into the League – at least League Two, League One. That’s the level I definitely know I should be playing at,” he told Planet Football.