Mbappe: I showed off too much and didnt score enough goals 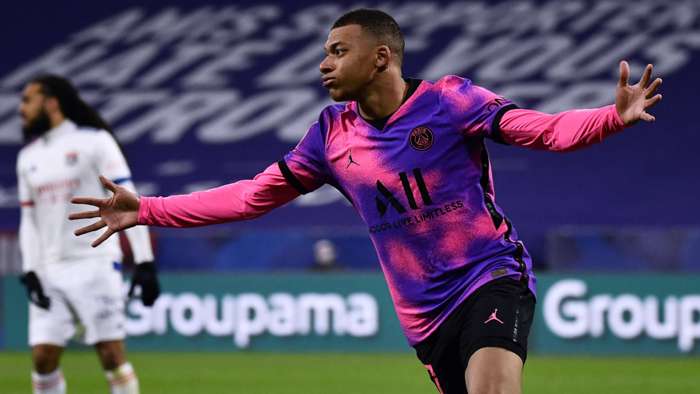 Paris Saint-Germain star Kylian Mbappe says he was criticised for not scoring enough goals during his time as a youth player.

The 22-year-old is the top scorer in Ligue 1 this season with 20 goals from 25 matches, while he is joint-second in the Champions League chart with six in seven appearances.

But the France international admits he has not always been so prolific and was accused of being a showman in his earlier days.

He told UEFA: "For a long time, in youth teams, people said I didnt score enough and showed off too much. In football nowadays, you have to score. And to score, you have to practice how to do it. You have to work on it in training.

"When youre struggling, no one else can pick you up. You have to be strong mentally and do everything to understand that you can move mountains. When I go onto the pitch, I say to myself that Im going to give my all to be the best I can possibly be."

Mbappe has already been crowned a world champion with his national team.

The attacker netted four times in the 2018 World Cup as Les Bleus lifted the title for the second time.

Didier Deschamps men began their campaign to defend their crown this week when they started their 2022 World Cup qualifying campaign with a 1-1 draw against Ukraine.

They are favourites to win the group, which also includes Bosnia and Herzegovina, Finland and Kazakhstan, but Mbappe hopes to go on to lift the trophy once more.

He said: "We want to win a second one. The World Cup is a goal, something you work towards for a long time and that you win when you have worked your way to the top.

"I was fortunate enough to win it at 19, thats something that is going to help me progress in my career. There will be other challenges, and my ambition is to win a second one."