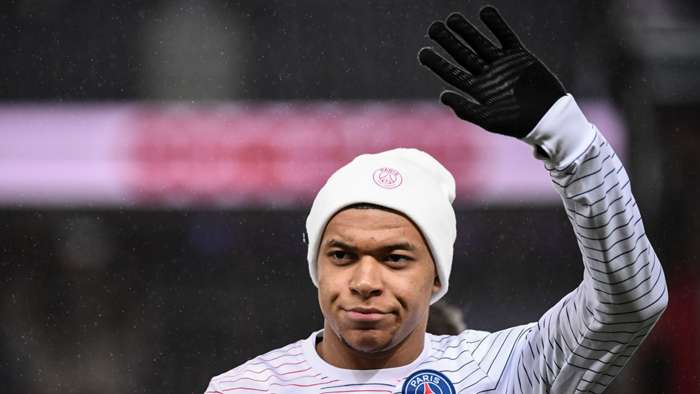 Paris Saint-Germain coach Thomas Tuchel is hopeful of having Kylian Mbappe available to face Nice on Sunday and voiced his surprise at the bans handed down to his players following a fiery game against Marseille.

PSG lost their opening two games of the Ligue 1 season, but recorded a much-needed 1-0 win over Metz on Wednesday.

Tuchel said he was hoping to have Mbappe, who scored 30 goals in 2019-20, available against Nice.

"Maybe we will do the same thing we have done with Angel Di María, Marquinhos and Mauro Icardi.

"It depends if he is allowed to train with all the team, if it's not forbidden. If it's possible, we will decide on Saturday. I have to talk with the doctor and with Kylian, then we will make a decision."

PSG will be without Neymar, Leandro Paredes and Layvin Kurzawa after the trio were sent off in the defeat to Marseille last week.

While Kurzawa was banned for six games, Neymar and Paredes received two-match suspensions, although the length of the Argentinian's ban surprised Tuchel.

"It's better if I don't say what I think because I want to be on the pitch for the next game," he said.

"I have never seen a player who received two yellow cards Paredes then be suspended for two games. I am very surprised, but it happened."

PSG are currently 15th in Ligue 1 after their slow start but are only four points shy of current leaders Rennes ahead of their next match against Nice.

Tuchel was full of praise for his side following their winoverMetz that came despite Paris playing thefinal 25 minutes with 10 men after a red card to Abdou Diallo.