‘Mbappe could become a king at Liverpool’ – Klopp would be perfect for PSG star, says Sagnol 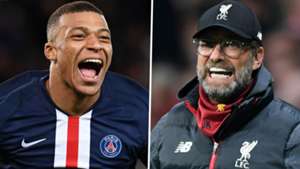 Kylian Mbappe could "become a king with Jurgen Klopp at Liverpool", says former France international Willy Sagnol, with the Reds considered to be a good fit for the World Cup winner.

A move to Anfield has been mooted for a 21-year-old superstar who remains on the books at Paris Saint-Germain for now.

The success enjoyed by Liverpool over the course of the last 12 months, along with the presence of Klopp in the dugout, has made them an attractive proposition to the finest talent on the planet.

Mbappe slips seamlessly into that bracket and continues to see his future at Parc des Princes called into question.

For a while it appeared as though big-spending sides in Spain, such as Real Madrid, would be the only ones capable of putting a remarkable transfer deal in place.

There have, however, been suggestions that those on Merseyside could enter the race if an exit door were to swing open in Paris.

Sagnol believes Liverpool would be a good fit for a fellow countryman, with there every reason to believe that Mbappe's game could be taken to even greater heights if he were given the chance to work with one of the best managers in the business.

He told SportBild : "This club [Liverpool] has a big advantage.

"With Klopp you have a coach with whom every player in the world would like to work.

"Mbappe would have to adjust under him. He demands a lot of defensive work from his strikers, which Mbappe is not yet good at.

"But he can learn that, especially from a guy like Klopp. No question.

"Mbappe could become a king with Jurgen Klopp at Liverpool."

Mbappe has aired his admiration for Liverpool in the recent past, with many considering those comments to be an indication that a switch to England would be considered.

Few lucrative transfer packages are expected to be pieced together in the next window, though, with the financial impact of the coronavirus pandemic hitting even the biggest clubs hard.

That may force Mbappe to remain in his current surroundings for the foreseeable future, giving him the chance to enhance a stunning record at PSG that has seen him record 90 goals through just 120 appearances.