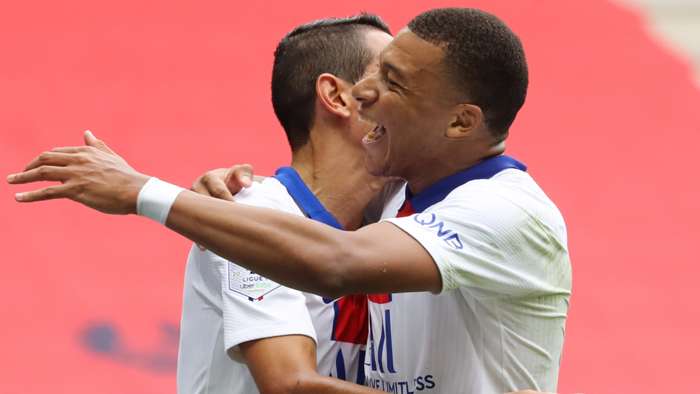 Paris Saint-Germain coach Thomas Tuchel has joked that Kylian Mbappe's best position is “close to Neymar” following the club's return to winning ways, with the French champions having sealed a 3-0 win over Nice in Sunday's Ligue 1 headline clash.

Luckily for the German, the remaining players he does have at his disposal are still of tremendous quality, as highlighted by Mbappe, Mauro Icardi and Angel Di Maria leading the line for Les Parisiens on Sunday.

Questions had been raised as to whether Mbappe would feature at all after recovering from coronavirus but a goal from the penalty spot announced the World Cup winner's return to action and Tuchel was asked whether the loss of key stars had affected how the France international had been deployed.

“For me, his best position is close to Neymar. If we don't have Ney, we have to find something else!” the former Dortmund boss laughed as he spoke to the press. “In fact, I really like it when Kylian plays as a second attacker.

“We started in a 4-4-2 and afterGana'sIdrissa Gueye injury, we went to 4-3-3,but that doesn't change much for Kylian. Mauro likes to play inside, Kylian likes to go left. I hope he continues to play as well as this.”

Further questioned as to whether he expected such a bright performance from Mbappe after his absence, he added: “Not surprised, no, but it is impressive. What Di Maria did is not easy – Angel has played three games in a row and had only one training session.

“He always shows that he is capable of doing extraordinary things and it's the same with Kylian. He had a very good game and he has shown again that he can make the difference with his confidence and hunger to score.