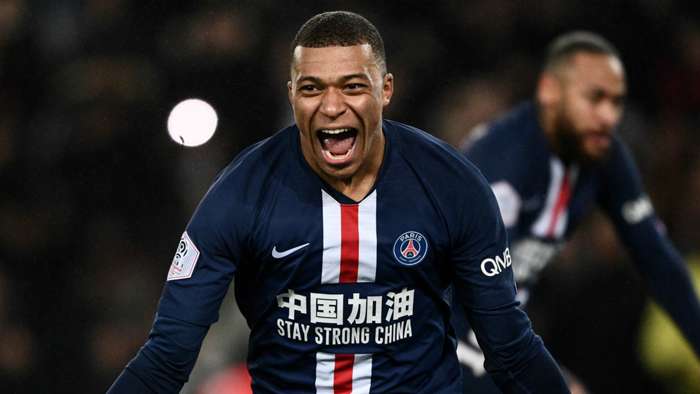 Former Liverpool striker Rickie Lambert hopes Nike’s association with Liverpool helps to bring a “marquee signing” into Anfield, but concedes that a dream deal for Kylian Mbappe may be “out of reach”.

Mbappe has aired his admiration for the Premier League champions and Jurgen Klopp in the recent past, with the 21-year-old considered to be dropping hints that a future move to Merseyside could be on the cards.

He would, however, not come cheap and leading sides around the world are having to rein in their recruitment ambition as the financial implications of a global coronavirus pandemic hit hard.

Liverpool do still have money to spend, and are being linked with a number of additions in the current window.

Lambert would love to see them ask questions of Mbappe’s availability, with Nike’s links to the France international aiding that cause, but he accepts that a deal is unlikely.

It may be that they have to look elsewhere for attacking additions, with the general consensus being that Klopp needs to bring in greater depth to a unit that leans heavily on Sadio Mane, Mohamed Salah and Roberto Firmino.

“I would like to see Liverpool bring in at least one more forward to help with the goals, to help the front three and to give it a little bit more competition,” former Reds frontman Lambert toldtalkSPORT.

The ex-England international added on a potential swoop for Mbappe: “You always dream, don’t you?

“I was thinking with Nike taking over, every time you take over a team, they always have a marquee signing.

“I was hoping Mbappe or something. But I think he is out of our reach, to be honest.”

Mbappe has left the door open for an approach to be made at some stage, with a man who suffered in defeat in the 2020 Champions League final with PSG having told The Mirror of Klopp’s side during the 2019-20 campaign: “This season, Liverpool have been a machine in the Premier League.

“They have made winning look easy but the truth is that it is never easy.

“Performances like they have been having don’t just happen.

“To be as ruthless as they have been would come from lots of hard work in training and from having a very good manager.”