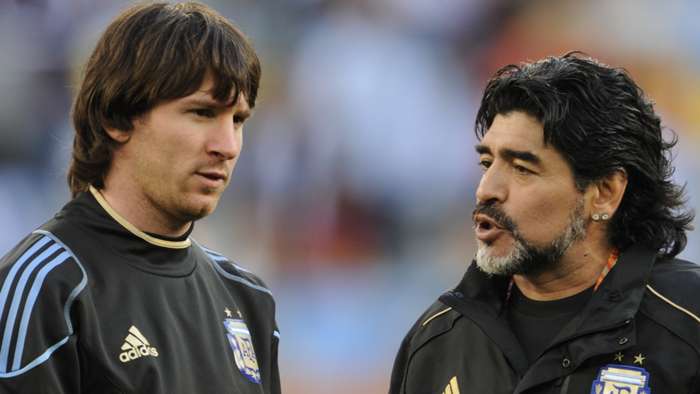 Lionel Messi and Cristiano Ronaldo “couldn’t even dream” of earning the admiration that was reserved for Diego Maradona, says Ossie Ardiles.

Maradona was a flawed genius in many ways, with his career on and off the pitch seeing him struggle to handle the demands of life under the brightest of spotlights.

He was, however, forever driven by a desire to deliver on expectation and to give his adoring fan base something to shout about.

The 1986 World Cup winner offered cause for celebration on a regular basis for club and country, with his efforts for Argentina and Napoli forever etched into football folklore.

His legacy will stand the test of time, with former team-mate Ardiles of the opinion that no-one – not even Barcelona and Juventus superstars of the present – will get near to experiencing such widespread acclaim.

“But on the other hand, it was not easy at all. Right from a really early age, he was subjected to the press all the time. He didn't have a normal childhood, he never had normal teenage years.

Ardiles added: “He will be remembered as a genius in football. You can see the extraordinary amount of interest that he generates.

“People like Ronaldo, or people like Messi, they couldn't even dream of having this kind of admiration.

“That was the Maradona phenomenon - all the time.”

Three days of national mourning are being held in Argentina for the nation’s favourite sporting son.

A larger-than-life character will never be forgotten, with Ardiles proud to have had the chance to play alongside a man who set standards that few will ever get close to emulating.

The former Tottenham midfielder said in the Daily Mail: “Diego was unique, that is the word.

“He was extraordinary, out of this world. He had feet like hands. I was blessed to play with the world's best players, but he was the greatest.

“What made him so special was his courage. It was always hostile for him, always a marked man. But he always wanted the ball. They kicked him - he wanted the ball even more.