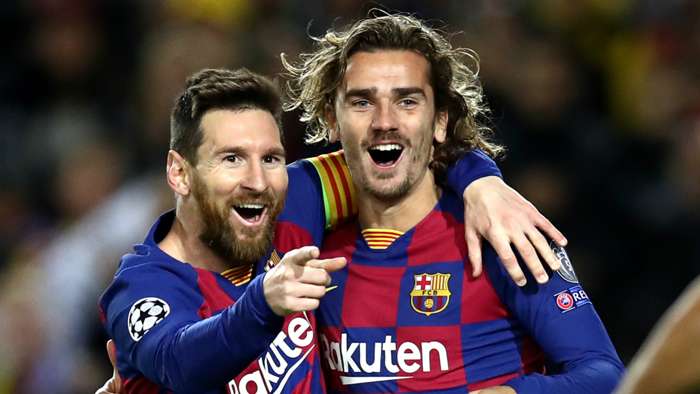 Griezmann, who arrived from Atletico Madrid at the start of the 2019-20 season, and his relationship with Messi made headlines throughout the campaign as the former struggled for consistency.

As Messi generates interest from the likes of Manchester City, Paris Saint-Germain and Inter, Deschamps was asked about the situation and Griezmann after naming his squad for France's upcoming Nations League fixtures.

"I don't know," Deschamps told reporters. "On the first part, it doesn't concern me. It concerns Leo Messi and Barca, so I'm not going to talk about it.

"As for Antoine, can it have an influence? It remains to be seen. The question is more about his position, the position on the pitch. He was sincerely happy to play with Messi. Sometimes it went well and sometimes not so well. Their association is not incompatible.

"It's not up to me, I have other things to take care of. That's about the clubs. Antoine had a rather complicated season, even if that didn't stop him from making a difference. Of course, less than with his former club where the team was built around him at Atletico Madrid.

"That doesn't change the importance he has with the French team. It depends on the coaches who can use different systems. The players have to adapt anyway."

Griezmann scored 15 goals across all competitions in his first season for Barca, which saw the Spanish powerhouse dethroned by Real Madrid in La Liga and humiliated by Bayern Munich in the Champions League.