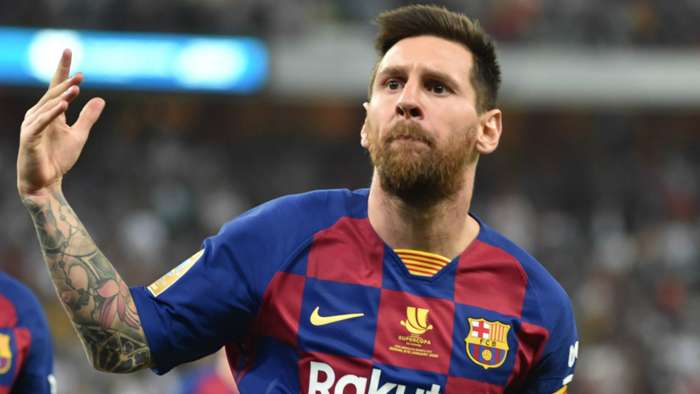 Lionel Messi has “put himself at the same level as Alfredo Di Stefano at Real Madrid” and remaining at Camp Nou is all that matters for the Argentine superstar, says former Barcelona president Joan Gaspart.

The six-time Ballon d’Or winner brought the intense speculation regarding his future to a close when exclusivelyrevealing to Goal that he will be spending the 2020-21 campaign in Catalunya.

A desire to take on a new challenge had been aired on the back of a testing season for the Blaugrana in 2019-20.

Messi revealed that he had floated the idea of moving on to club president Josep Maria Bartomeu on a regular basis, only to eventually see an exit door slammed shut.

The mercurial South American has opted against entering into a legal war with Barca, which could allow him to force through a switch, and will be extending a remarkable career as a one-club man.

Opportunities to head elsewhere could present themselves in the near future, with Messi only tied to terms through to 2021.

For now, though, he is staying put, and Gaspart has welcomed that decision. He told Radio Marca: “I don't care what he said in the statement. I don't care - what's important to me is that he's staying.

“How problems start isn't important. What is important is how they're solved and I'm delighted that he doesn't want to fight with the club.

Messi has decided to remain in his current surroundings as Barca claimed an exit clause in his contract had expired for 2020, meaning that any buyer may have needed to part with €700 million (£624m/$823m) in order to get a deal done.

He said of a stunning saga: “I thought and was sure that I was free to leave, the president always said that at the end of the season I could decide if I stayed or not.

“Now they cling to the fact that I did not say it before June 10, when it turns out that on June 10 we were competing forLa Ligain the middle of this awful coronavirus and this disease altered all the season.