Messi's father hit back at La Liga: €700 million does not need to be paid for Barcelona exit 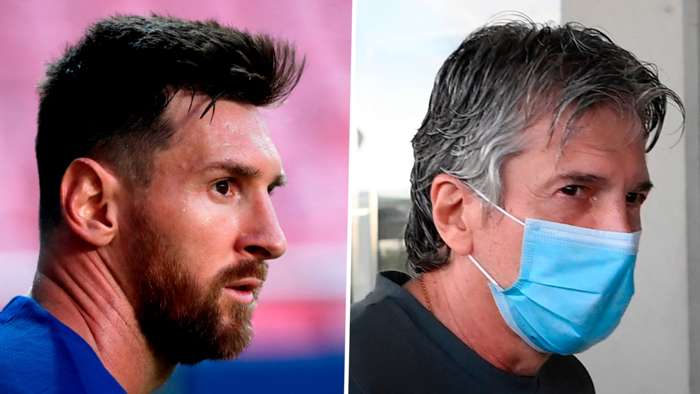 Lionel Messi'sfather, Jorge Messi, has hit back at La Liga's claim that the alleged€700 million contract clause must be paid for the playerto quit Barcelona in 2020.

The Argentine, 33, has been locked in a dispute with the Catalan club over whether he has permission to leave CampNou on a free transfer following the conclusion of the 2019-20 season.

His father has been his agent for talks with Barcelona this week and, despite hopes of Messi staying for at least another season until June 2021, Jorge Messi fired a rebuttal to La Liga's president for stating the €700m contract clause is valid.

Messi's father said in a letter toJavier Tebas on Friday: "In relation to the player's contractual situation, and regardless of its obvious bias for the role that such an institution representsin defence of the interests of its football clubs, I must state the following.

"We do not know what contractLa Liga hasanalysed, and what are the bases on which they conclude that the'termination clause'is not applicable ifthe player urges the unilateral termination of itwith effect from the completion of the 2019-20 sports season.

"Thisis due to an obvious error on La Liga'spart.

"Without prejudice to other rights that are included in the contract and that La Liga omits, it is obvious that the compensation of €700m...does not apply at all."