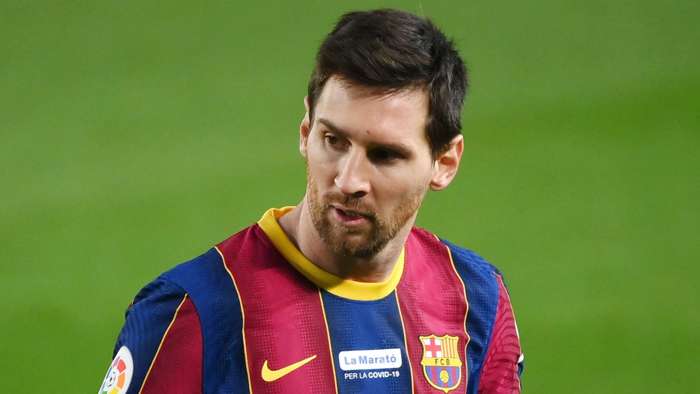 Lionel Messi will "most likely" leave Barcelona in the summer, according to presidential candidate Agusti Benedito, who admits he is "pessimistic" about the club captain's future.

The Argentina international's place in the Camp Nou hall of fame has long been assured, but he took the decision to risk his legacy by handing in a formal transfer request in August.

Barca quickly set about blocking the 33-year-old's exit with the help from Spanish top-flight officials, and the diminutive magician eventually confirmed that he would be staying put for the duration of the 2020-21 campaign in an exclusive interview with Goal.

However, transfer rumours have only intensified since then, with the likes of Paris Saint-Germain, Manchester City and Inter all reportedly eager to snap Messi up on a free transfer when his contract expires in June.

Messi is remaining tight-lipped when it comes to his next move, but he did reveal over the Christmas period that a potential switch to MLS holds great appeal to him.

Benedito, who is hoping to succeed Josep Maria Bartomeu in the Camp Nou boardroom when the next set of elections take place later this month, would love to see a talismanic figure commit to fresh terms at Barca, but thinks he may have already made up his mind to embark on a new challenge elsewhere.

"Keeping Messi would be the best news for the club but I am not very optimistic," the Spanish entrepreneur told ESPN. "Given the club's situation, I think it's really important that he stays at Barca, with the understanding that he understands the next two years we have in front us could be difficult.

"He's been here for 20 years; he's a Barcelona fan and I think he's sensitive to the situation. He has given us so much in the same way that Barcelona have given him a lot and it's time for us all to roll up our sleeves.

"I would have liked him to say in his interview the other week that his desire is to stay at the club, but he didn't and now we have to wait and see. The truth is I am pessimistic.

"Remember that in August he said he wanted to leave after 20 years and now he's still not cleared up what he wants to do. The most likely outcome I see is that he leaves us in the summer."

For now, Messi remains a vital member of Ronald Koeman's squad, with his next chance to shine likely to come when Barca take in a trip to Athletic Club on Wednesday night.