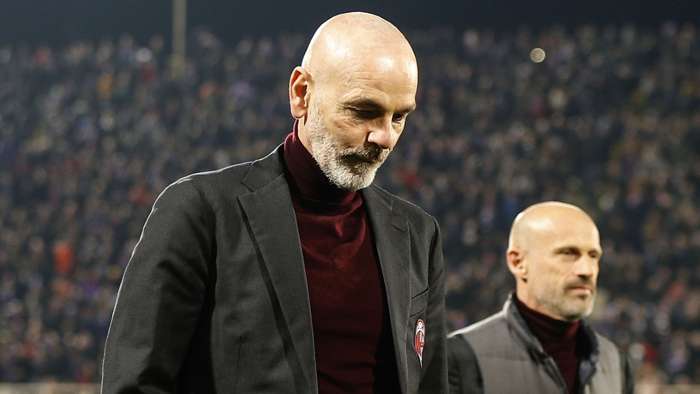 Milan were forced to cancel a training session on Saturday after Stefano Pioli tested positive for coronavirus.

The Milan boss is asymptomatic, and all other tests undertaken returned negative results.

"The health authorities have been informed, and the coach, who is currently showing no symptoms, has gone into quarantine at home.

"All other tests carried out by the squad and staff came back negative.

"As a result, today's training session has been cancelled. Training ahead of the match with Napoli will resume on Monday, subject to the checks set out in the federal protocol."

Pioli is the latest in a growing number of Milan figures to have contracted the illness, with first-team quartet Zlatan Ibrahimovic, Daniel Maldini, Matteo Gabbia and Leo Duarte also having taken in spells in quarantine after posting positiveCovid-19 at the start of the season.

Despite those health setbacks, Milan are sitting two points clear of surprise package Sassuolo at the top of Serie A at the moment, and are unbeaten in 19 league matches.

Pioli's men have picked up five wins from their opening seven fixtures, scoring 16 goals while only letting in seven at the other end of the pitch.

Milan are scheduled to face Napoli at Stadio San Paolo next Sunday, where they will be aiming to get back to winning ways after being held to a 2-2 draw by Hellas Verona at San Siro before the international break.