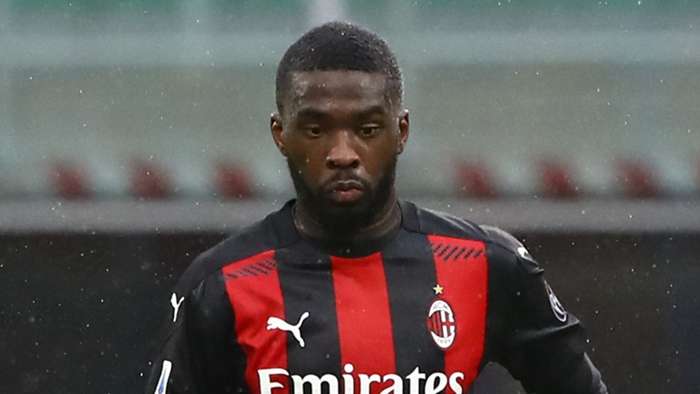 AC Milan are keen to tie up a permanent deal for Chelseas Fikayo Tomori, but they wontbe able to negotiate the £26 million ($36.5m) option to buy for their loan star.

Although formal talks have yet to begin, the Italian giants are known to be delighted with the 23-year-olds start to life in Serie A.After making just four appearances under former manager Frank Lampard until January, Tomori has gone onto make 11 appearances for the Rossoneri.

Having seen how well he is doing, the Blues are reluctant to offer any discounts to a club with ambitions of returning to the top table of European football.

The Blues are set for a turbulent summer in defence, with both Antonio Rudiger and Andreas Christensen holding off on contract talks until after the season is finished.

Both players have become regular starters under Thomas Tuchel, but they have just 15 months left to run on their current contracts in west London.

Furthermore, Chelsea are likely to activate the option to extend Thiago Silvas contract for another year. It is understood that both parties are currently happy with how the move has gone so far.

Cesar Azpilicueta also finds himself out of contract in 15 months, with the Blues cautious about offering long-term deals for their over-30 players. However, after having problems around the end of Frank Lampard and John Terrys careers, Chelsea now are increasingly willing to offer two-year deals for over-30 players who demonstrate their physical abilities.

Theres also concern that Swansea City loanee Marc Guehi, who has excelled in the Championship, could leave with his contract similarly expiring in June 2022.

Chelsea are targeting Dortmund star Erling Haaland in the summer and they have drawn up a shortlist for a major defensive signing, which is perhaps an admission that one of their players could leave.

Bayern Munich duo David Alaba and Niklas Sule are understood to be on the list, alongside RB Leipzig defender Ibrahima Konate.

However, Alaba prefers a move to Spain and has extremely high contract demands with a host of clubs looking to sign him on a free transfer.

Fellow Leipzig defender Dayot Upamecano has already snubbed Chelsea and agreed to stay in Germany after agreeing on a deal with Bayern ahead of the summer.

Atletico Madrid defender Jose Gimenez has long been of interest to Tuchels side but they will hold out for the full £103 million (€120m/$143m) release clause.