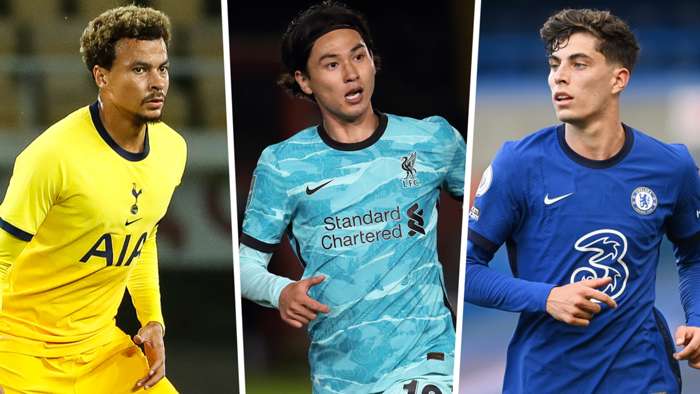 Takumi Minamino is an “all-rounder” in the Dele Alli and Kai Havertz mould, claims Ralf Rangnick, with the Japan international being backed to star for Liverpool.

Minamino was always going to be a squad option at Anfield, with the intention being for him to be rotated in when the likes of Mohamed Salah, Sadio Mane and Roberto Firmino need a break.

He took in 14 outings over the second half of the 2019-20 campaign, with a Premier League winners’ medal secured.

More minutes have been seen this term, while registering his first goals for the Reds, and Rangnick – who worked with the 25-year-old in Austria – believes Minamino can earn a similar standing to that enjoyed by star turns at Tottenham and Chelsea.

He told Sky Sports of Minamino: “He is one of five players in the Liverpool squad who, in the last couple of years, played for one of my clubs.

“Together with Sadio Mane (Salzburg), Naby Keita (Salzburg and RB Leipzig), Roberto Firmino (Hoffenheim) and Joel Matip (Schalke), Minamino is the fifth player from one of my former clubs.

“Minamino, I think if all players are fully fit for the most important games in the Champions League and Premier League, he will probably not be in the starting 11.

“But you can always bring him on as a sub. He is, similar to Dele Alli and Kai Havertz, very much of an all-rounder in the offensive positions.

“He can play almost any offensive position in a team like Liverpool.

“But if all the players are fully fit, with all respect to Minamino, I don't see him in the starting 11.

“But he's definitely a very valuable squad player for Liverpool and in the case of playing against lower teams in the Premier League or in the cups, he can always be in the starting 11.

“He's a fantastic boy, top mentality, good pace and can score goals. So I think this transfer absolutely made sense.”