Minto: Gallagher can follow in the footsteps of Mount and make it at Chelsea 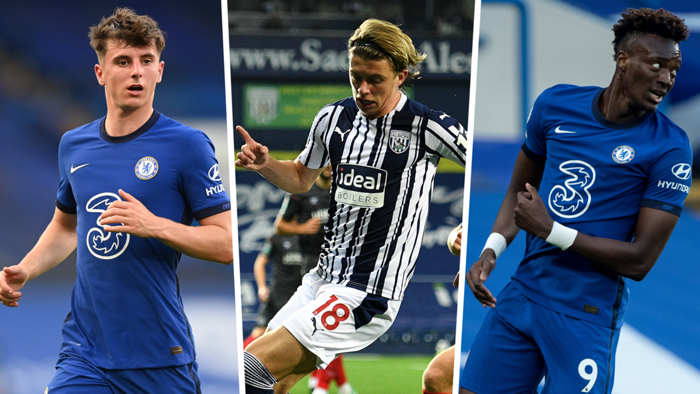 Scott Minto thinks that Conor Gallagher is the pick of Chelsea's loanees and is backing him to follow in the footsteps of fellow youngsters Tammy Abraham and Mason Mount andmake it to Frank Lampard's first team.

The 20-year-old midfielder will soon make his top-flight debut though, having already appeared in the Carabao Cup for Slaven Bilic's side.

Having seen him play at both Swansea City and Charlton on loan last season, former Blues defender Minto thinks he has made the right decision for his future to spend another season away from west London.

"With my Charlton hat on, I was disappointed that he left halfway through the season," former Addicks star Minto told Goal. "It would have been good for him, or no problem for him to experience a relegation fight in his first season. I think he would have kept Charlton up, he is that good.

"I spoke to Lee Bowyer about him and he said ‘he loves, a tackle, box-to-box and he can score a goal’. I said ‘he sounds like Bowyer’ and he laughed. I think Swansea suited him towards the end of the season in that they were winning games with that sort of pressure.

"I think he is a year off making it at Chelsea, at least. He needs to be at a low-end Premier League where he can play every week. He can follow Tammy Abraham and Mason Mount because it is a big jump from the Championship to Chelsea."

There are plenty of inspirations in Lampard's squad for Gallagher.Reece James, Fikayo Tomori and Mount were all on loan in the Championship before making the step up. Abraham is the only one who had a loan in the Premier League before re-joining his parent club, and Minto spoke of their example for the likes of Gallagher.

"I am impressed these two and others handled the massive jump," he said. "They will be more consistent next season after knowing they can do it. I have spoken to strikers before who find that first season the toughest in terms of stepping up.

"The fans shouldn’t be hard on Tammy Abraham; there’s a mental, physical and technical side to stepping up," he added about the criticism from fans of the young England striker towards the end of last season.

"The fact he started so well made people think that he would score 25 goals last season but that was never going to be the case. He just needs to focus on getting better, bit-by-bit and Frank and Jody know how to handle him.