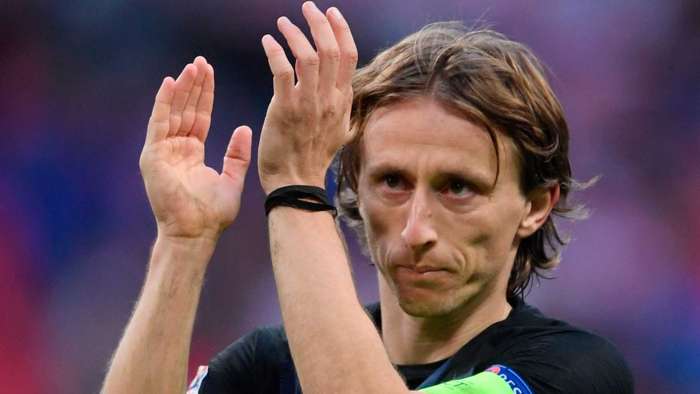 With his appearance in the 2022 World Cup qualifieragainst Slovenia on Wednesday, Luka Modric added another historic achievement to his illustrious resume as he became the joint-most capped player in his countrys history.

By starting on Wednesday evening, Modric earned his 134th senior cap for Croatia, moving him level with longtime Shakhtar Donetsk fullbackDarijo Srna. With Croatia set for two more games in the next six days, it is likely that the record may be Modrics alone in the very near future.

While it was a historic night for Modric personally, as the runners-up at the 2018 World Cup suffered a shock 1-0 loss to Slovenia in their opening match of their 2022 qualifying campaign.

The Real Madrid midfielder earned his first Croatia cap in March 2006 as he made his senior debut against Argentina.

In the decade-and-a-half since, the midfielder has been the central hub of Croatias team, leading them to unprecedented heights.

With Modricleading the way, Croatia havefeatured in the European Championships three times and at three World Cups, most notably in reaching the final in2018.

Modric and Croatia made it all the way in Russia, losing to France in that finale, after failing to make it out of the group stage in each of the midfielders first two appearances.

For his efforts, Modric earned the Golden Ball in Russia that summer and became the only player other than Lionel Messi and Cristiano Ronaldo to win the Ballon dOr in over a decade.

In total, Modric has scored 16 goals for Croatia, including two during that World Cup run.

The Croatian star remains a key figure at Real Madrid this season, as he has been since joining from Tottenham in 2012. He has made 36 appearances for the club, scoring four goals, as Real Madrid sit third in La Liga.

The Spanish giants are also still involved in the Champions League, where they will face Liverpool in the quarter-finals.