Morata reveals he came close to depression during Chelsea stint 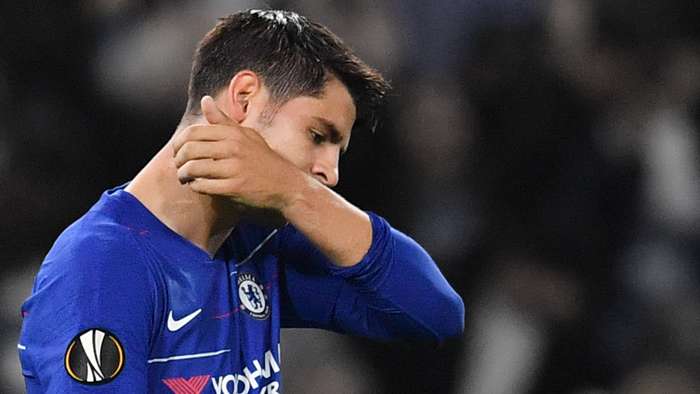 Alvaro Morata has admitted he "came close" to suffering from depression during hisdifficult season-and-a-half spell at Chelsea.

Chelsea paid a then club-record £58 million ($79m) to sign Morata from Real Madrid in 2017, but the striker did not live up to expectations despite a return of 24 goals from 72 games.

Morata left Chelsea for Atletico Madrid in January 2019, before joining former club Juventus prior to the current campaign.

"Ive never had depression and I hope I never do, but I came close,"Morata said in an interview with ElMundo. "I dont believe it is given the importance that it should.

"When your head doesnt work well, you are your worst enemy. During those times, it doesnt matter what you do, you are always fighting against yourself. Depression is an illness just like breaking your ankle."

Morata began seeing a psychologist during his second season at Chelsea and believes he would have been better served by seeking helpeven sooner.

"Just as we train in the gym or on the pitch to improve our technique and our tactical abilities, I believe the mind is something you also have to train," the 28-year-old said. "You have to be ready and that [seeing a psychologist] helps you a lot.

"Even for my generation, in recent years, it wasnt seen as something normal to see a psychologist - but inevitably, it has to be something normal. Today it is more common and there will be a day when it will be compulsory. There are people that go through difficult times.

"Had I had a professional, close to me during my [first season] at Chelsea, I think it would have gone better for me."

Morata improved on his Chelsea scoring record at Atletico Madrid, netting 22 goals in 61 appearances before his return to Juventus.

The striker has been a key figure for Juve this term, scoring 16 times in 34 games.

Juventus will have a decision to make on Morata at the end of the season,as the Serie A champions have an option for purchase the Spain international for€45m (£39m/$53m).

Juve also have the option to extend Moratas loan for a further season for €10m (£8m/$12m).

I think Ronaldo is happy at Juventus- Morata

Juventus will die on the pitch before giving up ontitle, says Morata