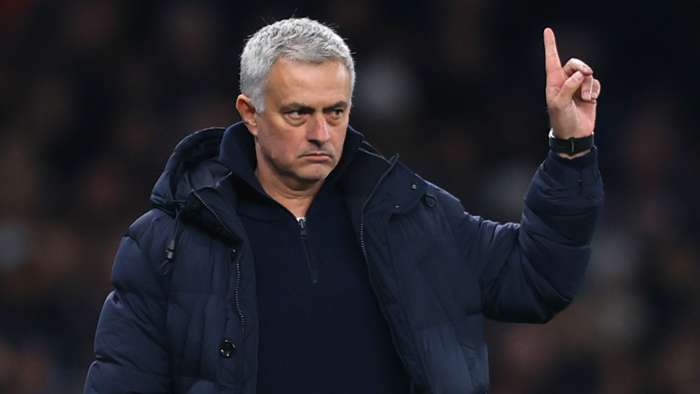 Tottenham boss Jose Mourinho has billed himself as “one of the most important managers in the game” and hit back at those who question his coaching methods by saying:"I don’t think anybody is going to discuss rocket science with the guys from NASA”.

The Portuguese managerhas come in for criticism this season as his Spurs side have struggled for consistency across multiple competitions.

They are, however, through to the Carabao Cup final, still in the hunt for a top-four finish, and can all upon the services of a proven winner in the dugout.

Quizzed in a virtual ‘Game on with Mourinho’ event organised by Spurs sponsors AIA as to how he deals with critics, the former Chelsea, Real Madrid and Manchester United boss said: “I dont think anybody is going to discuss rocket science with the guys from NASA, with everybody around the world.

“They think they can discuss football with one of the most important managers in the game. Thats the beauty of football. I got used to it. I appreciate that. So thats fine for me.”

Mourinho, who previously worked alongside Bobby Robson and Louis van Gaal at Barcelona, burst onto the coaching scene at Porto. He guided them to league titles in Portugal alongside UEFA Cup and Champions League triumphs.

Three Premier League titles, to go with FA Cup and League Cup successes, were secured across two spells at Chelsea, while a Serie A, Coppa Italia and Champions League treble was enjoyed at Inter.

Another league title, this time in La Liga, was claimed while at Real Madrid and a stint with Manchester United saw Mourinho capture another League Cup and Europa League.

In total, he has won 24 trophies as a manager and was named FIFA Coach of the Year in 2010.

Mourinho has faced accusations of making Tottenham difficult to watch this season , with early talk of a title challenge in 2020-21 quickly fading away.

Questions are now being asked of his future, but a lucrative contract in north London is due to run until 2023.

It remains to be seen whether that deal will be honoured, with Mourinho’s current record at Spurs seeing him collect 44 wins from 83 games at the helm while suffering 22 defeats.