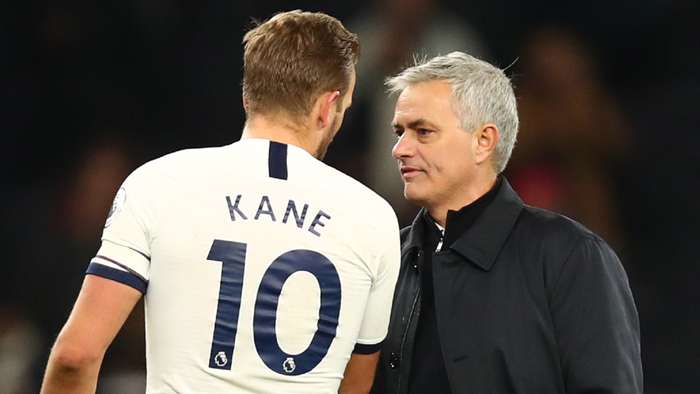 Jose Mourinho says his Tottenham bosses are aware of the need to sign a new striker to partner Harry Kane and is confident he will be granted his wish.

A number of attacking players have been linked with Spurs during the close season, including Patson Daka and Arkadiusz Milik of Salzburg and Napoli respectively.

With a little over three weeks of the transfer window to run, Mourinho talked up the importance of bringing in a player to complement Kane, rather than playing as back-up to the star striker.

"Yes, I want and I need a striker, but I want to make it very clear, the club knows I need a striker and they also want a striker," he said at a news conference ahead of their Premier League opener against Everton on Sunday. "Are we going to get one? I honestly believe so. For the balance of the team, the team needs it.

"I know we have one of the best strikers in England. We want a striker that can play with Harry Kane, and not have the feeling of being back-up.

"A striker that can give us more than we have and that isn't just to support us but to play with Harry."

Milik is reportedly valued at £27.6million (€30m/$35m) by Napoli and Mourinho, echoing thoughts made by Liverpool boss Jurgen Klopp, conceded it is tough to find affordable options.

"Jurgen was saying Liverpool is not a club that belongs to oligarchs or countries and neither are we," he said. "We cannot go to the market and spend fortunes. We are working, different people in different areas. Working together to find a solution that works for everyone."

Tottenham have spent a combined £30m ($38.5m) on their trio of new signings, which is in stark contrast to the near-£200m ($256m) splashed out by Chelsea on an array of top-class talents.

However, Mourinho insisted he is not jealous of Spurs' rivals and is more than happy with the signings he has already made.

"Good for them. If the clubs can do it and that's their priority, with no FFP concerns for some clubs, they can do it then good for them," he said."They are who they are and they do what they do, but I'm so happy with the squad I have. Even with the non-human month that we have ahead I'm optimistic."

Spurs' clash with Everton is the first of six games in 21 days across three competitions, culminating in a trip to Manchester United.

Mourinho, heading into his first full season as Tottenham boss, is concerned about his side's schedule but does not intend to sacrifice any of the competitions to rest players.

"If I think too much about it I don't know how to answer and I will get depressed," he said. "I don't want to get depressed. I want to go to a match with a smile and be positive.

"It's a big risk in terms of our ambitions - lose one of these matches and you go out. It is unique, it has never happened.