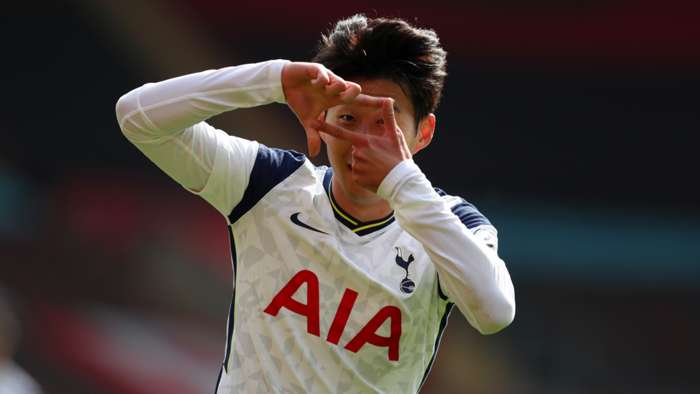 Jose Mourinho is confident that Tottenham can put a new deal in place with Heung-min Son despite the South Korean already havinga contract through to 2023.

His game has been taken to even greater heights since then, putting him in contention for another offer.

There has been talk of paperwork already being put in place, with Son’s signature all that is required in order to get things over the line.

Mourinho believes a positive update will be delivered on that front at some stage in the near future, with the Spurs boss looking to keep a 28-year-old forward in his current surroundings for as long as possible.

The Portuguese told reporters when quizzed on the reports of a new contract being agreed: “I would love that.

“Son has three years of contract so it's not like we're in an extreme situation of everybody being worried.

“It's more that Son loves it here, I believe that he would like to commit his future to the club for a long time.

“Everybody at the club is totally in love with this player and this boy and is trying also to make him feel part of the furniture.

“It's normal the club tries to go from three years to four or five or six, I don't know.

“He deserves one, and the club knows that sooner or later without any pressure they will arrive into a decision.”

Son endured a slow start to his time at Spurs, on the back of a 2015 move from Bayer Leverkusen, but has been a model of consistency since finding his feet in English football.

He has plundered 77 goals across the last four seasons and already has nine to his name through just eight appearances in the 2020-21 campaign.

“Of course, the better the team is, the easier it is for the players to emerge. But, Sonny, everybody knows what he does.”