‘Muller is a machine, he can do everything’ – Andersson in awe of Bayern Munich forward 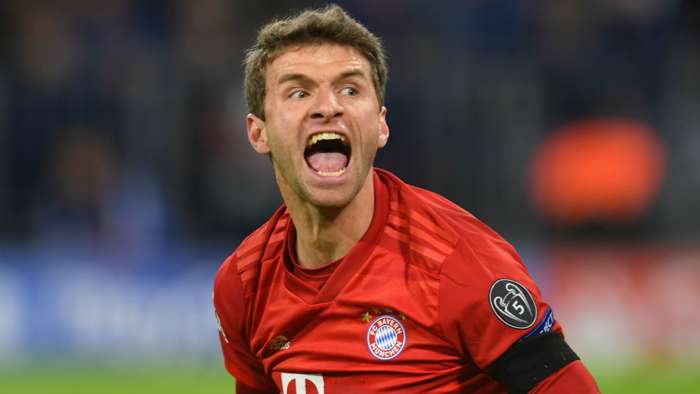 Thomas Muller is “like a machine” and capable of offering a bit of everything to the Bayern Munich cause, says Patrik Andersson.

Considerable success has been enjoyed with club and country, with the 30-year-old proving to be a model of consistency.

Muller has reached a century of caps for Germany, while taking in 534 appearances for Bayern and moving to within one effort of 200 goals for the Bundesliga giants.

He has nine title triumphs to his name and will be chasing down a second Champions League crown on Sunday when taking in a meeting with Paris Saint-Germain.

Andersson expects Muller to shine again in that contest, with there seemingly nothing that he cannot do.

The former Bayern defender told Sport Bild: “Thomas Muller inspires me the most.He runs like a machine, shines as a playmaker and goalscorer, works on the defensive side and above all speaks strongly to his team-mates.Overall, Thomas has had an outstanding season.

“But a very decisive factor in the success is that Manuel Neuer is now back to his absolute top level after his serious injury.In the early stages of the last games against Barca (8-2) and Lyon (3-0), the players in front of himallowed a few chances.If Neuer hadn't brilliantly prevented goals, Bayern might not be in the final now.”

Bayern’s 2019-20 campaign got off to a slow start under Niko Kovac, leading to him being relieved of his coaching duties.

A spark was found, though, under Hansi Flick, with a man who knows all about the demands of life under the brightest of spotlights in Munich helping to guide his side back to the very top of the game.

“Hansi Flick's experience is a big plus,” added Andersson.

“He was a Bayern player, knows the club inside out, and then learned a lot in various positions at the DFB.And most importantly, Flick has the absolute trust of his team. Everyone in the squad follows him. That is crucial.