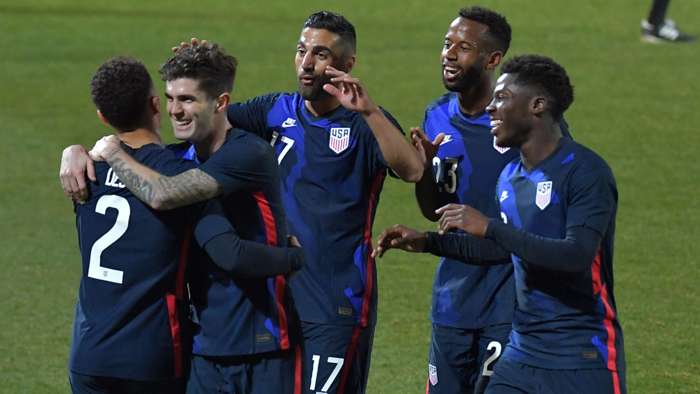 Gregg Berhalter was full of praise for Yunus Musah as the young midfielder shined in his first appearance since officially committingto the U.S. mens national team.

Musah started as part of a midfield three alongside Kellyn Acosta and Sebastian Lletget as the Valencia youngster continued to play centrally after featuring primarily on the wing for his club.

But, in that central midfield role, Musah excelledonce again, serving as a key connector that proved vital in the 4-1 win over Jamaica.

"I thought he was solid," Berhalter said. "Picture this, he hasnt played this position since last November with us and to put a performance like that in is commendable.

"I thought he did a very good job.I agree with what youre saying: he was a connector. Very, very simple but effective game tonight. Heclosed down space well.

"He just made everything look easy, and I think he had a very, very strong performance."

The 18-year-old midfielder, who was recently named to Goals 2021 NxGn list, was born in New York but joined Arsenals academy at the age of 9, having also previously lived in Italy.

Musah represented England from the U-15 all the way up to the U-18 level before joining up with the USMNT for the first time in the fall.

He appeared in friendlies against Panama and Wales, although England boss Gareth Southgate admitted soon after that he was interested in bringing Musah in.

However, the Valencia midfielder recently confirmed that he was fully committed to the U.S.going forward.

Musah was a bright spot for the U.S. in the win over Jamaica as he flourished once again in that central midfield role.

He didnt provide the goals like midfield partner Sebastian Lletget, but Musah quietly connected the play and looked confident on the ball throughout his 73 minutes on the field.

Musah also earned an assist on Sergino Dests opener, although the Barcelona wingback will get most of the credit for his stunning finish from outside the box.

In total, Musah competed for 92 percent of his passes on the day while winning four duels and placing two key passes from the midfield.

Now committed to the USMNT, Musah is expected to compete for a starting role in Berhalters midfield, which also features the likes of Weston McKennie and Tyler Adams, both of whom are absent from the squad.