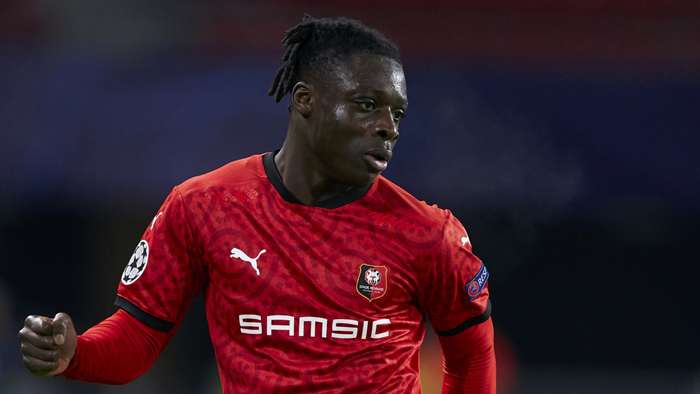 Rennes winger Jeremy Doku has boasted that he is the best dribbler in Ligue 1, ahead of Paris Saint-Germain duo Kylian Mbappe and Neymar.

The 18-year-old joined the French side from Anderlecht in October and has impressed in his 31 appearances in all competitions.

Doku, who came in 14th in Goals list of NXGN stars, says he has always been a keen dribbler and is happy to be top of the pile in Ligue 1.

“When I was little, it was often said that I dribbled too much. They would tell me to stop. But I kept going," he toldHet Laatste Nieuws.

"This is one piece of advice I give to young dribblers: keep doing it, even if you dontget there right away. Dont hide. A lot of it depends on how confident you are. When I dribble, I know I go past my man half the time.

"I saw the statistics recently. Im the best dribbler in Ligue 1. Not bad in a league with Neymar and Mbappe, eh?"

He added:"High-level stars play here, the players are stronger and faster than in Belgium. You dont see a Neymar or an Mbappein the Belgian league.

"Also, all teams can win here. Nantes recently won against PSG. Even the small teams would do very well in Belgium."

Despite his bright performances, Doku has scored just one goal in the French top flight this season.

But he insists his game is not all about goals and says he would not be picked if he was not playing well.

"Its mostly people who look at the statistics. People in Belgium know very well that I havent scored much in the past. Im not Zlatan Ibrahimovic," he said.

"Be careful, I understand that there are criticisms when we only look at the stats. But those who watch every game know Im doing well. Otherwise, I wouldnt always be in the starting XI, right?"