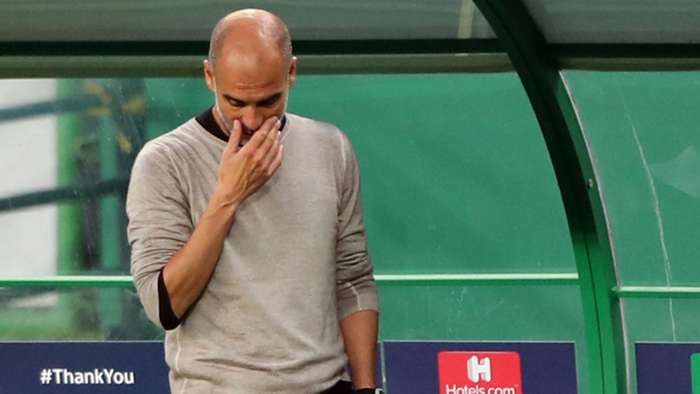 Julian Nagelsmann has defended Pep Guardiola from some of the criticism he has received in the wake of Manchester City's elimination from the Champions League.

Guardiola insisted after the game that "tactics are not the most important thing" in such ties and Nagelsmann has echoed his claim, adding that he would have been hailed as a genius had they gone through.

“I can't rate that about Pep because I don't know how often they have trained with a back three before," Nagelsmann toldGoaland DAZN.

"The idea he basically had was for the format of his players certainly not to be too complicated. Whether 3-4-3 or 4-3-3, I don't think that is that crucial for a Kevin De Bruyne.

"In the end, it's individual situations and not the basic order. In my opinion, it is a bit too easy and too bold to always blame the formation for something like that.

"If he had won, everyone would have said: 'World-class tactics! Now he has surprised everyone.' It's a tightrope.

"In a knockout game you often have to make tactical adjustments that you might not make in the league. If necessary, you can take a point with you. That doesn't work in the Champions League. Every coach has to be there to find your own way."

RB Leipzig will battle Paris Saint-Germain for a place in the final, with domestic rivals Bayern Munich facing Lyon in the other semi-final.

The German giants beat Barcelona 8-2 with a stunning performance and Nagelsmann was impressed.

"Bayern were incredibly good, all the players were greedy and showed a high level of intensity," he said.

"To be honest, Barcelona were also really bad. The team didn't seem free at all, very busy in their heads and slow in their actions.

"After the1-1 goal they had one or two good actions, but nothing came after that. The fact that they conceded eight goals in the end is almost a touch too many. That shouldn't happen at this level.

"I was also a bit shocked because it wasn't evenly balanced at all. Of course, I don't want to diminish Bayern's performance, it was exceptionally strong. But the opponents weren't able to counter it.

"They are doing very, very well and are currently the most stable team in Europe, which they have also shown in the Bundesliga.