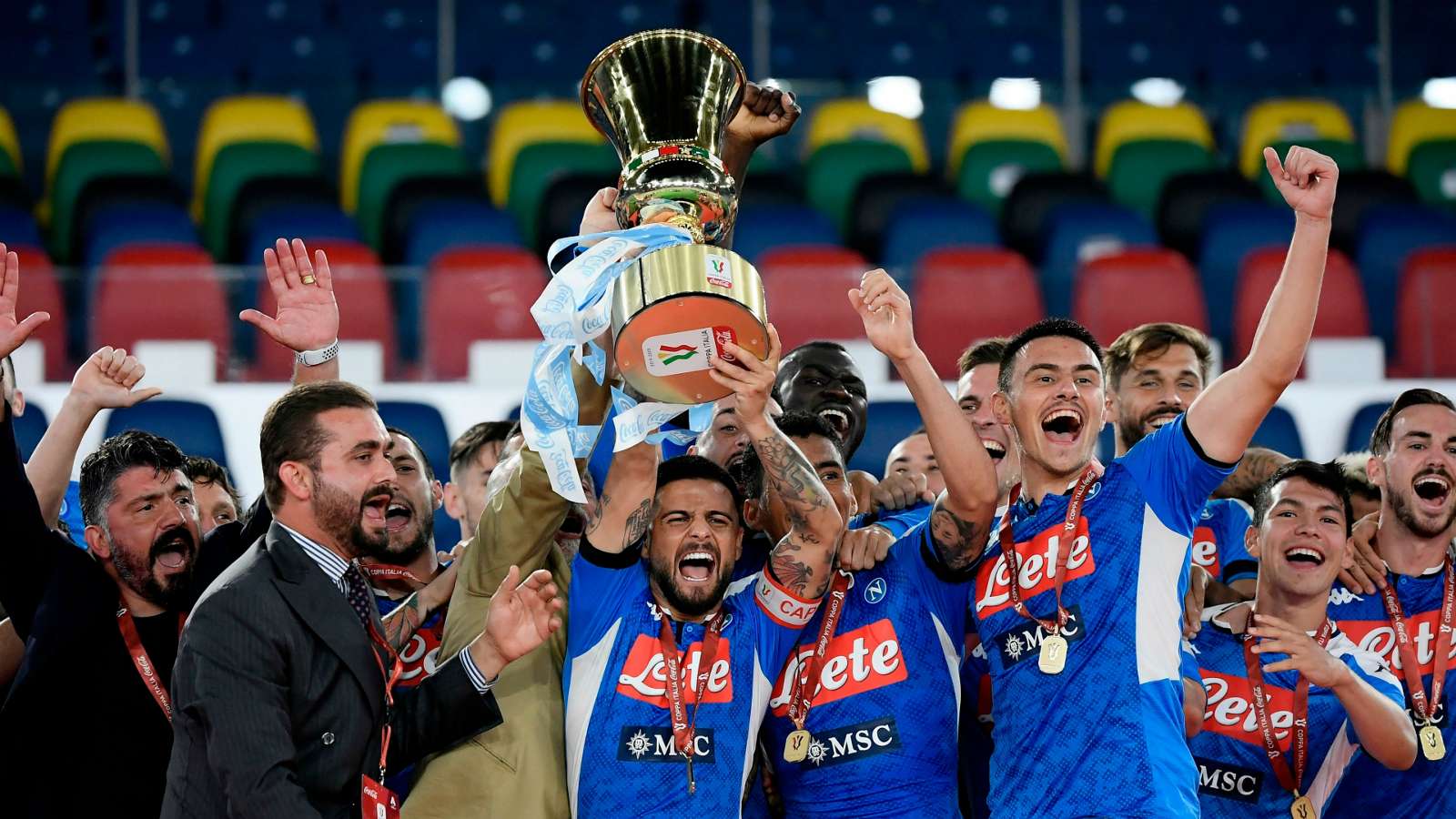 Gennaro Gattuso felt Napoli's hard work was rewarded by a "God of football" as they defeated Juventus to win the Coppa Italia.

Napoli came out on top in Wednesday's penalty shootout after a dismal 0-0 draw, with Paulo Dybala and Danilo failing from the spot in a 4-2 reverse.

The Partenopei deserved their success after seeing some big opportunities come and go, largely thanks to the brilliance of veteran Juve goalkeeper Gianluigi Buffon.

It represents a first major triumph for Gattuso as a coach, and he told Rai Sport: "Whoever does this job must have respect for it.

"We are lucky. This is why I get angry; there must be passion, respect, seriousness. Then there is a God of football who rewards you when you work well."

In the moments after Napoli's success, Gattuso's mind turned towards his sister, Francesca, who passed away earlier this month following a battle with cancer.

"The world of football has given me more than I deserved," he said. "But you always think of your family first. In life, when what has happened happens to you, you don't digest it."

The coach is now keen to see Napoli kick on in the closing weeks of the season in Serie A, in whichthey sit sixth, nine points behind fourth-placed Atalanta.

"We have a duty to play these last 12 games with respect," Gattuso added. "We must not think about giving up."

Maurizio Sarri has now lost two finals since taking over at Juventus and felt his side are still struggling to perform at their best following the coronavirus pandemic.

"There is disappointment for the boys, for the club, for the fans, but at the moment we cannot express more," he told Rai Sport.

"We have tried to press less high, ourcondition is not the optimal one, but we did the game with excellent levels of application.

"I think that at the moment we are struggling especially in terms of individuality and that this lack of brilliance is characteristic of this period.

"I didn't say anything to the players, we were all very angry and disappointed and I think it's better to be silent right now. We will talk about it."