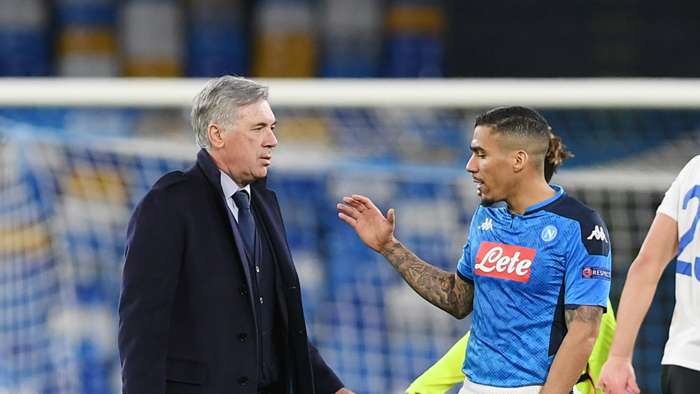 New Everton signing Allan is one of the best defensive midfielders in world football, according to Toffeesboss Carlo Ancelotti.

Everton confirmed the signing of Allan from Napoli on Saturday, with the 29-year-old having penned a three-year contract at Goodison Park.

Allan was one of the most consistent performers for the Serie A side under both Maurizio Sarri and Ancelotti, but fell out of favour under Gennaro Gattuso.

Ancelotti was keen to be reunited with theBrazil international – who has made nine appearances for his country – at Everton, and a deal worth£22 million ($30m) plus add-ons was struck.

While deals for Real Madrid's James Rodriguez and Watford's Abdoulaye Doucoure are thought to be close, Ancelotti has hailed Allan, who watched his new side beat Preston North End 2-0 in a friendly on Saturday,as one of the best players in his position.

"I am happy for this,"Ancelotti told reporters. "I think that it was not easy to find a deal but, in the end, we were able to do it and I think he will prove to be a fantastic player for us with quality and ability.

"For sure, I have no doubt. He is a player who will show a lot of energy on the pitch. He is very good tactically, good with the ball and good without the ball. He is a fantastic signing for us.

"He is going to put strength in midfield. This is his best quality.For this reason, all the players we have with quality are going to improve for being with him. He is not just a player for himself. He is a player whose energy can make the others better.

"He's very aggressive. Defensively, he is really good. My personal opinion is that he is one of the best defensive midfielders in the world. He is intelligent tactically and he has got a lot of energy. One against one, he is really strong."

Paris Saint-Germain attempted to sign Allan in 2019, whenNapoli – then coached by Ancelotti – rejected a reported€60m offer, with the Ligue 1 champions instead signing Idrissa Gueye, a movewhichleft a void in Everton's midfield last season.

"Yes, PSGtried to sign him but I didn't want him to leave so he stayed with me," Ancelotti, who was picturedwith Colombia star James in a Liverpool hotel on Friday, added.