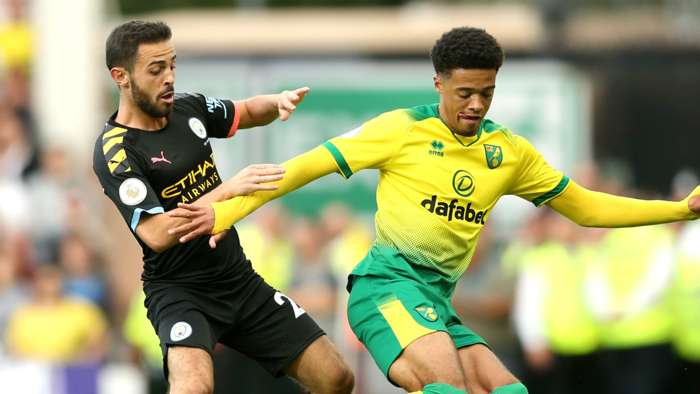 Lewis, 22, came to the fore with a fine season at Norwich under difficult circumstances, proving one of the few high points in a 2019-20 campaign that ended with the Canaries bottom of the table and relegated.

That form placed him in the sights of several Premier League clubs this summer, with Liverpool among others linked with an approach to make Lewis Andrew Robertson's deputy at left-back before the club signed Kostas Tsimikas.

It is Newcastle, though, that will enjoy the Northern Ireland international's services, completing a deal estimated at £13.5 million ($17.6m).

"Highly-rated full-back Jamal Lewis has become Newcastle United's fifth signing of the summer after joining the Magpies from Norwich City," the Magpies signalled in a statement published on the club's official website.

"The 22-year-old Northern Ireland international has signed a five-year contract at St. James' Park after earning rave reviews for his performances last season despite the Canaries' relegation from the Premier League.

"Lewis, who started his youth career with his hometown club, Luton, before joining Norwich's Academy in 2014, won a Sky Bet Championship title-winners' medal with the East Anglian side in 2018/19 and was also named in the league's Team of the Season before further enhancing his reputation in the top flight last term.

"He is the third full international to join Newcastle United this week, following England forward Callum Wilson and Scotland star Ryan Fraser, whose signatures were confirmed on Monday."

Newcastle boss Steve Bruce signalled his delight at capturing Lewish, who left international duty with Northern Ireland this week in order to complete the transfer.

"Jamal is a very exciting prospect. I watched him flourish in the Championship two years ago and he made a real fist of it in the Premier League last season," Bruce stated.

"He is only 22 years old and has a wonderful future ahead of him so I hope he is a Newcastle United full-back for years to come.

"It's been a great week for us with incoming players. We have had to be patient but these players improve us, which is key."

Lewis, meanwhile, told his new club:"It was a little bit unexpected but it was something that I was obviously looking forward to when I heard that there was serious interest, so I'm delighted to be here now.