Neymar: The fourth-best player in 2019-20 or a master of deception? 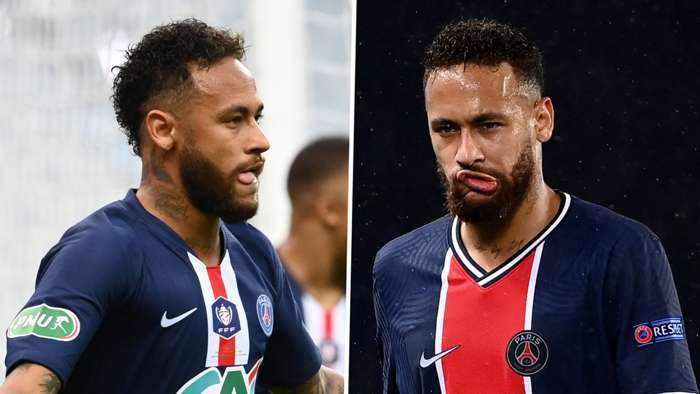 This year's Goal 50 was published on Tuesday, and Neymar finished fourth on the men's list.

However, Neymar's position has provoked plenty of debate, with some questioning just how much of a role he played in Thomas Tuchel's team making history.

Indeed, two of our writers have very contrasting views on the attacker's influence in 2019-20.

Below, Goal's Deputy Features editor Mark Doyle and French Football Writer Robin Bairner go head-to-head on one of the most polarising figures in football today...

Neymar truly is a master of deception.

With his subtle shoulder drops and fast feet, he can convince a defender he isgoing one way, and then accelerate off in the other direction.

With his pained screams and dramatic dives, he can convince officials that he hasbeen the victim of vicious assaults.

However, Neymar has arguably just pulled off his greatest trick yet: conning voters into thinking that he was worthy of a fourth-place finish in this year's Goal 50.

Is Neymar one of the most talented players in the world? Undoubtedly. There is arguably no more extravagantly gifted natural talent in the game today. With his vast array of scintillating skills, he can be a joy to watch.

However, was Neymar one of the best players of the 2019-20 season? Not even close.

Let's be clear about this: the Goal 50 should nottake character, talent, potential or fame into account. It issimply about the quality of a player's performances over the course of the preceding campaign.

It is staggering, then, that Neymar has just equalled his highest-ever ranking in the Goal 50.

When Neymar finished fourth in 2015, he was outstanding all season long, a key component in arguably the finest attacking triumvirate ever assembled, undeniably integral to Barcelona's treble triumph, scoring 31 goals in 49 appearances alongside Lionel Messi and Luis Suarez.

Paris Saint-Germain won a treble of their own in 2019-20 – and were only denied a historic quadruple by Bayern Munich in the Champions League final.

Neymar, though, was hardly the star of the show; he was merely a member of the supporting cast. Granted, he was in fine form when injury interrupted his season, but the fact remains that he only featured in 15 Ligue 1 games.

The Brazilian was decisive in the Champions League last-16 comeback against Borussia Dortmund but, for all of the plaudits he received for his contribution to PSG's run to the final, he did not score once in the 'Final 8' in Lisbon.

Neymar's supporters will point to the measured pass he played in the lead-up to Eric Maxim Choupo-Moting's winner over Atalanta in the quarter-finals, or the sublime assist against RB Leipzig in the last four.

However, Angel Di Maria and Marquinhos were far more influential – both in Portugal and during the whole season – while Kylian Mbappe made a bigger impact in his half-hour cameo against Atalanta than Neymar did at the tail end of the tournament.

The Selecao star's wastefulness was laid bare in the final, with the forward doing little else other than repeatedly squandering chances and possession. Indeed, it is worth noting that he lost 47 per cent of his touches against Bayern.

And yet, Neymar somehow convinced people that he had a great game – and even more ludicrously, a great year. Twelve members of PSG's squad played more games than him. Di Maria contributed 11 more assists; Mbappe 11 more goals.

There is no footballer in modern game who embodies the freewheeling spirit of ‘o jogo bonito’ more than Neymar.

The Paris Saint-Germain star has a unique ability to thrill fans with his outrageous skills and unparalleled imagination when it comes to finding a way to beat an opponent.

His brand of easy-going street football is often misrepresented as being self-indulgent or disrespectful; in reality, Neymar is just having fun.

Why should he be forced to curtail his talents simply because an opponent did not like being immortalised in a YouTube clip in which he were the victim of a rainbow flick?

His is a personality that attracts the ire of defenders and with that the unfortunate side effects to go with it. There is no player treated more brutally in the game. And yet he is undeterred.

At his best, he epitomises the flair, joy and unpredictability of the Brazilian game, as practised as far back as Garrincha and Pele. In a world that is increasingly becoming globalised and homogenised, he should be celebrated and not demonised for this.

The 28-year-old is no mere circus act, though. There is substance to back up his style, with the attacker having scored 10 and laid on another 10 in just 21 club appearances in 2020, despite a disjointed year in which he has been hampered by injury and illness.

His role in PSG’s push to the Champions League final in Lisbon was an important one. He scored two of the Parisians' three goals in the last-16 win over Borussia Dortmund and then chalked up critical assists against Atalanta and RB Leipzig once in Portugal, despite being below his peak physical capacity.

Indeed, there was no hint of the ‘selfish’ figure that his detractors love to portray him as during the 'Final 8'.

In the aftermath of the staggering quarter-final comeback against Atalanta, he promptly gave his Man of the Match award to Eric-Maxim Choupo-Moting, the undervalued forward who had been decisive off the bench.

“Maybe the PSG player who has impressed me most has been Neymar,” new signing Alessandro Florenzi explained to RMC, placing the Brazilian ahead even of World Cup-winner Kylian Mbappe in his estimation.

“When you see him in every training session, his involvement, how he works away, how he works with the ball every day, how he wants to be an example to others, his commitment on the park, even in training… He’s a leader who must be followed.”

Critics will point to his playacting – something he has dramatically cut down on since its heights at the 2018 World Cup – and his playboy lifestyle as reasons why he should not be loved.

Neymar's talents aretoo easily overlooked, his joy too easily scorned. The very fact his status as one of the world's top four players is questioned is simple proof of that.