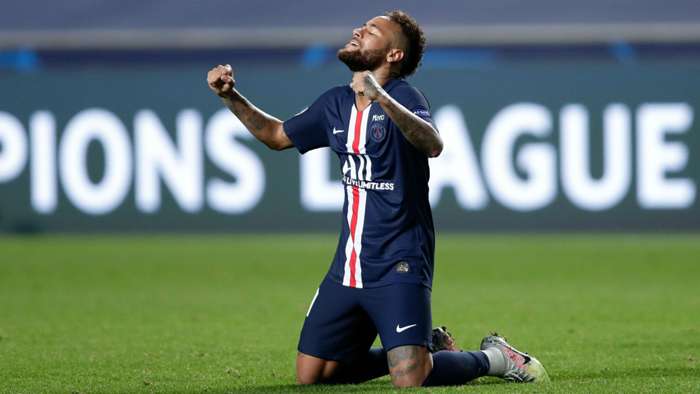 Paris Saint-Germain boss Thomas Tuchel says that Neymar, Angel Di Maria, Keylor Navas and Leandro Paredes are set to return to the squad for the upcoming clash with Marseille.

Ahead of the club's Ligue 1 opener against Lens, PSG confirmed a series of positive coronavirus tests that left Tuchel's squad depleted.

The positive tests came following a brief period where players were permitted to go on holiday after losing to Bayern Munich in the Champions League final.

In the days after the initial announcement, it was confirmed that Kylian Mbappe had also tested positive while on international duty with France.

While Mbappe, Marquinhos and Mauro Icardi remain sidelined, Tuchel confirmed that several of the club's top stars are set to return in the wake of a stunning 1-0 loss to Lens in their opener.

"Navas, Di Maria, Paredes, Neymar are back in the squad," Tuchel said at a press conference on Saturday.

"They want to play, it's clear.I will decide tomorrow. We must not wait too long if there are no risks."

PSG shockingly fell in their opener, a match which featured a number of young players and few regulars from their Champions League run.

The match took place during what was the second week of the French season, with the reigning Ligue 1 champions given an extra week to recover from their extended European run in Lisbon.

And, despite their difficult start to the season, Tuchel says that he believes his side remain the favourites to win against rivals Marseille, even if the timing of the match is seen as less than ideal.

"We're always favourites, but it doesn't matter to us whether someone thinks Marseille is a favourite or not. We have to show the best possible thing," Tuchel said.

"It's not the best time to play the greatest game in France, but it is time. Players are making their return, we will decide tomorrow morning.

"I like the competition, but we have to accept that we don't have the same feeling as in the five matches that preceded Lens. It was five finals.