Nkounkou's agent reveals why he left Marseille for Everton 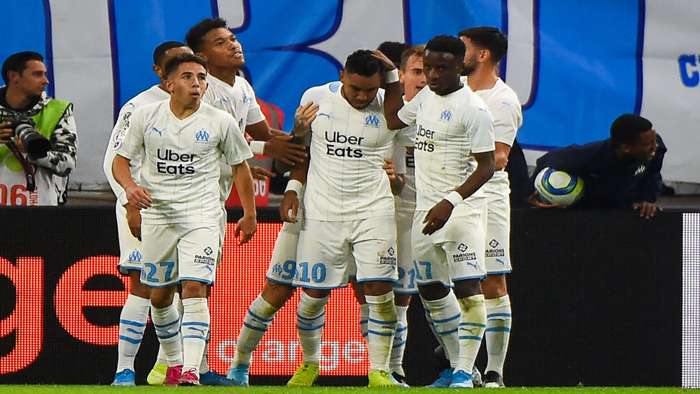 Yvan Le Mee, the agent of Niels Nkounkou, has revealedthe reason the young left-back departed Marseille for Everton on a free transfer.

The 19-year-old is seen as a prospect, but never made an appearance for the first-team, only making the bench twice as an unused substitute last season in a 2-0 Ligue 1 win over Strasbourg and the 1-0 French Cup quarter-final defeat by Lyon.

However, competition for places at full-back will make minutes on the pitch hard to come by for Nkounkou.

“For 20 years I have always signed my players in a club where we have a positive feeling on the sports project and not for financial reasons. It is the terrain that brings the financial aspect and not the reverse,” Le Mee told FootMercato.

“In Marseille, you have Amavi, Rocchia, Sakai, Sarr and even Khaoui who played in the left-back position. Niels did not get a minute of play. We, therefore, consider that Niels' chances of playing at Marseille are slim. Especially since Marseille is looking for a left-back to compete with Amavi. This is the reason why we chose Everton.”

Le Mee believes Nkounkou will get his chance at Everton with Lucas Digne and Leighton Baines the only left-backs, the latter being at the peak of his career. He also reveals Toffees boss Carlo Ancelotti was interested in getting him down to Goodison Park.

“Today there is a strong start-up at Everton, it is Lucas Digne, and there is Leighton Baines who plays less. If Niels is strong enough, he can be the understudy of Digne and if he is not strong and he has trouble adapting in England, he will be at worst, third choice,” he continued.

“The possibility is today stronger for Niels to be on the ground at Everton than at Marseille. Carlo Ancelotti called him, who spoke to him, and who knows the player's potential. He says that by working with the player, he can make a top player. It is also important for us to have a coach who wants the player. If we add the club's infrastructure, the next arrival of the new stadium, the project presented remains attractive."

Le Mee made it known that clubs in Juventus and RB Leipzig were also interested in signing Nkounkou, but like Marseille, first-team football was not going to be guaranteed.

“What the club Marseille offered was correct. The problem was of a sporting nature. We were asked to sign and go on loan. It was therefore of no interest to us,” he stated.