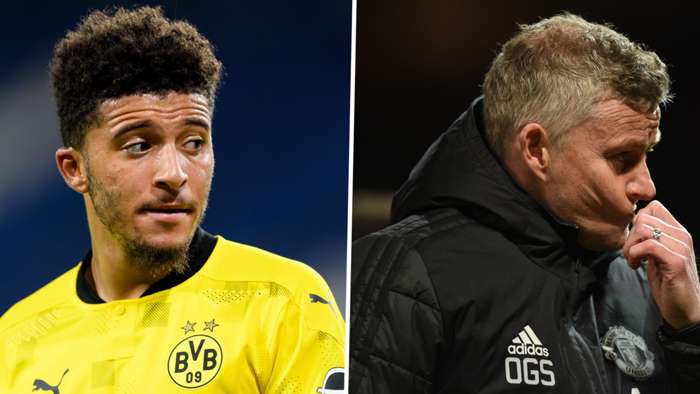 On the positive side, United’s delayed start to the season due to their involvement in Europemeans they have already had a chance to cast an eye on their top-four rivals.

Chelsea, after all their spending, have already been tipped to challenge Liverpool to the title. Jurgen Klopp’s side got off to a winning if albeit unconvincing start and Arsenal have picked up where they left off after winning the FA Cup and Community Shield.

Nobody needs a sneak preview of Manchester City to know that they will be one of the strongest sides in the league again, so how do United currently fit in amongthe league’s best teams?

The team’s performances during Project Restart gave them renewed hope. Having secured third place, a position which felt way out of reach for a lot of the season, there was belief that after a good transfer window they would be in a position to challenge for the title.

While it was impressive United finished third it cannot be forgotten they finished 33 points behind champions Liverpool and 15 behind runners up Man City. But have theyimproved enough in the few weeks since the season ended to close that gap?

They have managed to add to thesquad by signing Donny van de Beek from Ajax. That was agood piece of business at £35 million ($46m)and he should provide competition in midfield andaugment the talents ofPaul Pogba and Bruno Fernandes.

ButUnited are going into the season without the priority transfer target coach Ole Gunnar Solskjaer was after – a right-sided attacker by the name ofJadon Sancho. The name of Gareth Bale has been linked but worries over the Real Madrid winger's age, fitness and high wages put an end to that interest before it began in earnest.

The last summer transfer window that ended without the club landing their priority target- Maguire back in 2018 - saw Jose Mourinho sacked by Christmas.

Solskjaer will not react in the same manner that the current Tottenhamboss did over not getting who he was after butthe situation will still concern the Norwegian.

It’s possible Sancho could arrive before the October 5 deadline but it is more likely that the club will have to settle for an alternative. Either way, they are going to have to get a move on with negotiations. Right now,United are starting the season with basically the same squad as last season.

They haven’t managed to shift any of the fringe players who they were willing to let leave; long contracts and big wages are unsurprisingly proving to be a stumbling block. Even Chris Smalling, who wanted to stay at Roma on a permanent basis, is facing the prospect of an Old Trafford return if United don’t come to an agreement with the Serie A club.

While theyhave an exciting-looking starting XI they are lacking strength in depth and are devoid of game changers off the bench. In the defeat to Sevilla in Cologne last month Solskjaer waited until the 87th minute to make a change despite needing an equaliser to get back into the game.

If that was a signal to the board that he needs more squad players then it has received very little feedback. Executive vice-chairman Ed Woodward has consistently warned it would not be ‘business as usual’ in the current window due to the pandemic however, without some last-minute deals it could end up being a very long season.

Should United not manage to secure another signing before October 5,Solskjaer is going to have to hope that he avoids any major injuries this term. Pogba was absent for a large chunk of last seasonwhile Marcus Rashford was ruled out with a back injury for weeks.Fernandes arrived in January to great effect and helped compensate for the absences of others and those three will be key to United's objectives.

The United boss also has another big decision to make in who will be starting in goal. Dean Henderson is back at the club after impressing on loan at Sheffield United and there’s mounting pressure on David deGeaafter a number of high-profile mistakes last season.

Henderson is confident he can push the Spaniard for the No.1 spot and impressed in the pre-season friendly against Villa butSolskjaerstill claims DeGeais the best in the world.

Solskjaer is confident his players are fit enough and young enough not to suffer burnout but it is going to be testament to the coach's game-management skills as to how well they can navigate through a busy season of fixtures having had littleto norest between campaigns.