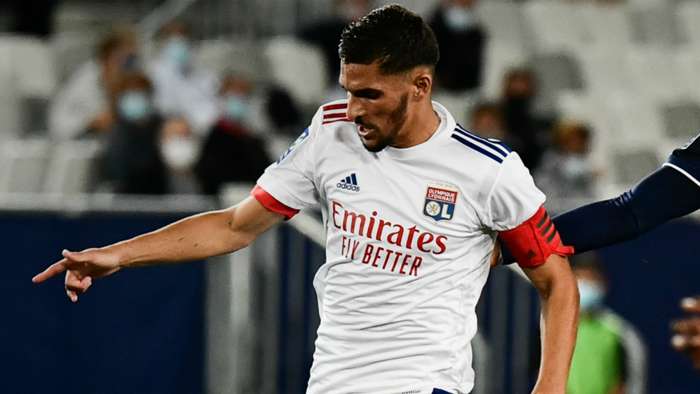 Lyon sporting director Juninho insisted there have been no offers for Houssem Aouar or Barcelona target Memphis Depay.

Aouar, 22, has been linked with the likes of Manchester City, Paris Saint-Germain, Arsenal and Chelsea, while 26-year-old Depayhas reportedly agreed to join La Liga giants Barca.

Juninho was asked about the star duo following Lyon's 2-1 loss at Montpellier on Tuesday.

Depay, who is in the last year of his contract,has been tipped to reunite with former Netherlands head coach Ronald Koeman at Barca, but amid talk of a €25 million (£23m/$30m) transfer, Juninho told Telefoot: We have not received anything from Barcelona. Not even a call to ask for the price for Memphis.

"What I have understood, is that if he stays, he will be happy to help us to have a good season. The players who received offers have already left."

"The president of Barça told me on Sunday that Barca were suffering a lot from the Covid-19 crisis and did not have the possibility of making an offer," he said.

New Barca bossKoeman admitted on Tuesday that his side need to make space for his compatriot, telling Fox Sports:"We will have to sell players firstbefore we can bring players in.

"We're working towards the new season and I think we will go into it with the same group of players that we have now for pre-season."