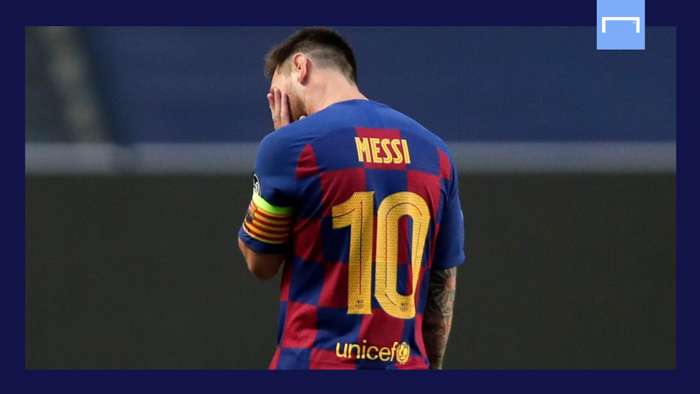 There is no chance of Lionel Messi being booed by his own supporters if the Argentine decides to remain at Barcelona for the 2020-21 campaign, says Rivaldo.

The six-time Ballon d’Or winner continues to mull over his options at Camp Nou.A desire to move on was expressed at one stage, as the frustration of a 2019-20 campaign which ended in an 8-2 Champions League defeat to Bayern Munich boiled over.

Various landing spots have been mooted for Messi since then, from Manchester City to Juventus, while discussions remain ongoing between his representatives and the Barca board.

It appears as though a compromise could be reached that allows the mercurial Argentine to see out the final 12 months of his contract in Catalunya.

Rivaldo believes no grudge will be held by the fan base if that does prove to be the case, with Messi having delivered a remarkable collection of memorable moments and put himself in a position where he should be allowed to dictate his own future.

The Barca legend told Betfair: “Negotiations are continuing betweenLionel Messi and Barcelona, as player and club try to reach an agreement about his future. If Messi stays for at least one more season it won't be a problem.

“Blaugrana fans still havelots of lovefor him and know that he is a legendary player who made and can still make the difference at the club, so things can still end up nicely.

“A lot can happen in the next few weeks -he can leave, he can stayfor one more season or even extend his contract, so we must wait - but if he stays at the club I'm not imagining a scenario of fans booing him at the Camp Nou or anything similar, not at all.”

Rivaldo added: “Lionel Messi may have decided to leave Barcelona after thehumiliation against Bayern Munichin the Champions League. After a season of internal problems at Barca and losing the Liga title to Real Madrid, the 8-2 defeat was the last straw that made Messi want to leave.

“He has taken responsibility for the team for too long and is probably tired of the pressure. The club have signed many players in the last couple of seasons, butno one has stepped up to help himand relieve some of his burden.

“Messi's father met with Barca's presidentJosep Bartomeu and I think the player made the right decision in not being present. Tense negotiations could damage the player's relationship with Barca's board which would be unhelpful while there's a chance he will stay at Barca.”

Rivaldo knows how difficult it can be to leave Barca on good terms, having been forced out himself in 2002, and the World Cup winner hopes that Messi can avoid becoming dumped out of the club.

The legendary Brazilian added: “Over the years too many star players have left Barcelona in tough circumstances and through the back door. It happened withRomario, Ronaldinho and also with meas I left the season after winning the World Cup with Brazil.

“I had one more year of my contract left, but the club offered me the option of terminating my contract or joining Lazio on loan, with the chance of returning to Barca despite knowing thatLouis van Gaaldidn't consider me part of his plans and I had already said I wasn't interested in working with him.