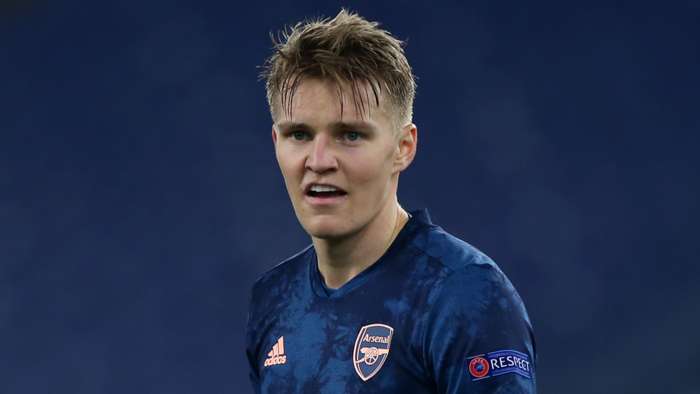 Martin Odegaard was taken off at half-time of Norways World Cup qualifier against Gibraltar on Wednesday after suffering an ankle injury.

TheArsenal midfielder appeared to turn his ankle in the first half and after receiving treatment on the pitch, he was withdrawn at half-time in an eventual 3-0 win for Norway.

After the match,Norway head coachStale Solbakken expressed his optimism that the playmaker had not suffered a serious injury.

"I have a big hope that Martin will be fit for the game against Turkey on Saturday. Not a serious injury," Solbakken said.

The 22-year-old found playing time hard to come by at Real Madrid in the first half of the season, but has become a vital part of Mikel Artetas plans in north London.

Odegaard has recordedtwo goals in 12 appearances with the Gunners, while starting each of the clubs last six Premier League games.

Speaking toVG about his time in England, Odegaard said:“I think it has been good, right from the start. I adapted to the way we played quite early.I lacked a little self-confidence and things like that, but I feel I have got better and better every day."

Arsenal do not have a purchase optionin their loan agreement with Real Madrid, but they have agreed to sit down with the Spanish giants in the summer to discuss what could happen next with the22-year-old, whose future at Santiago Bernabeu is far from certain.

Madrid boss Zinedine Zidane has never really trusted the Norway captain, who spent last season on loan at Real Sociedad before returning to the Spanish capital.

Arsenal will be hoping they can use that to their advantage in the summer when they start talks over Odegaard.

The Gunners will hope to haveOdegaards services for the last two months of the season, with the club currently sitting ninth in the Premier League.

Artetas side take on Liverpool on April 3 after the international break, before they face Slavia Prague five days later in the first leg of the clubs Europa League quarter-final tie.