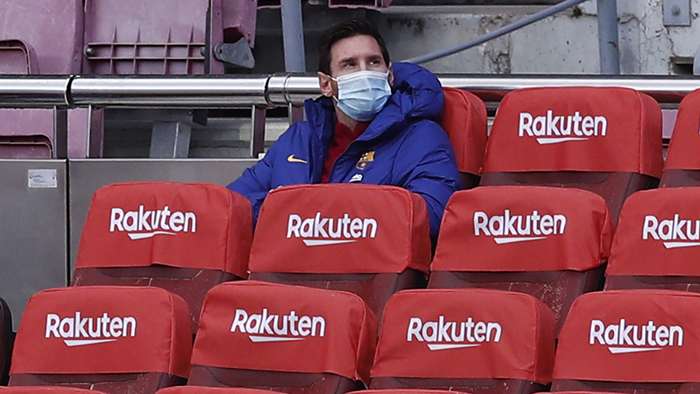 Lionel Messi’s attitude at Barcelona has been saluted by Rivaldo, with the Argentine praised for accepting that he may need to start the odd game on the bench as Ronald Koeman manages his workload.

He remains a talismanic presence for the Blaugrana and would play 90 minutes every week if given the chance.

Messi is, however, 33 years of age and still having to juggle domestic and international commitments.

That means that rests will be handed to him at times, with Barca eager to ensure that they do not ask too much of a player that they worked so hard over the summer to retain.

Koeman named the mercurial South American among his substitutes for a meeting with Real Betis prior to the international break, with Messi introduced at half-time after Ansu Fati suffered an unfortunate knee injury.

Rivaldo was pleased to see a modern-day great accept that selection call, while also making a telling contribution upon joining the action as he bagged a brace in a welcome 5-2 win.

“It's not easy to convince someone of Messi's pedigree that staying on the bench is a good option, because Leo will always want more,” Barca legend Rivaldo told Betfair.

“It came out perfectly against Betis: Messi played marvellously and, what's more, he saved energy for the future.

“It caught my eye that I didn't see Messi angry and even that he pushed hard in the second half to make the difference.

“Of course,it's crucial for a coach at a big club to manage its players well,communicating clearly with everyone to win their trust, Koeman's doing that.”

Having spent 45 minutes charging his batteries at club level, Messi is now away on 2022 World Cup qualifying duty with Argentina.

He took in an eventful outing against Paraguay on Thursday, with a potential match-winner in a game that ended 1-1 ruled out by VAR.