'Not my job to keep them happy' – Solskjaer sends warning to Jones, Romero and Manchester United fringe players 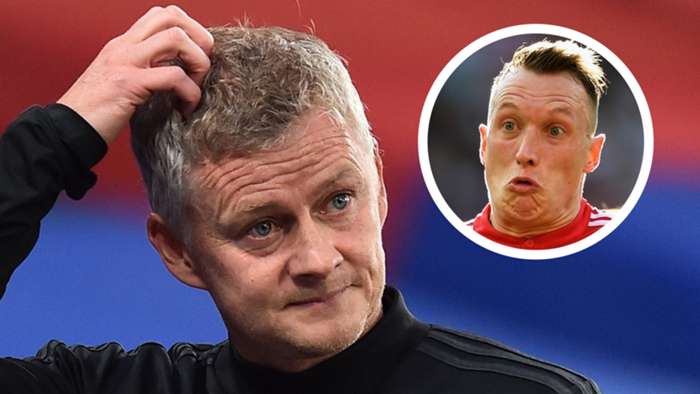 Ole Gunnar Solskjaer has warned his Manchester United squad players it is not his job to keep them happy, as several fringe men prepare for a campaign with limited game time.

Phil Jones is still at the club but made only two Premier League matchday squads last season.Marcos Rojo is another player who they are willing to sell but no deals have been agreed.

Andreas Pereira has missed out on both squads so far this season, Jesse Lingard did not play the first league game and Sergio Romero has fallen down the pecking order with the return of Dean Henderson from his loan spell at Sheffield United.

With Solskjaer having a favoured starting XI, which started the majority of games after the restart, a high number had to settle for places on the bench or out of the squad altogether, but he suggested he is not fussed if his squad are disappointed about lack of playing time.

“You know, players are happy when they win well and win games, I am too, it's not my job to keep them happy,” Solskjaer said ahead of his side’s trip to Brighton. “It's to pick players to get results, and up to them to be fit and be ready when called upon.”

The club are still working on transfers both in and out ahead of the October 5 deadline, with a right-sided attacker, a left-back and a centre-back all positions Solskjaer is keen on strengthening.However, despite doubts about his squad, the United manager insists that he has enough.

“As I've said so many times, I'm very confident in my players. If and when something happens with ins and outs, we'll update you,” Solskjaer said about potential transfers.“In football, you can't predict too much, but for me we're just working on getting better. My focus is solely on the game, I can't be thinking any other way. Then we can talk again.”

Solskjaer’s current focus is his side’s league game against Brighton on Saturday and after another week of full training, he is confident they are in a better place than when they faced Palace last weekend.