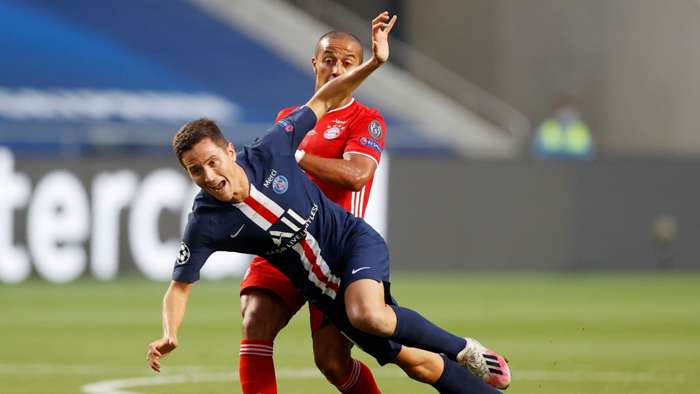 Paris Saint-Germain's failure to take their chances was the main reason for their Champions League final defeat to Bayern, according to midfielder Ander Herrera.

The Parisians went down 1-0 to the German powerhouse at the Estadio da Luz on Sunday, with French winger Kingsley Coman scoring the only goal in the 59th minute.

Several golden chances were squandered by PSG throughout the match, including Neymar's one-on-one opportunity with Bayern keeper Manuel Neuer and Kylian Mbappe's scuffed shot after being teed up by Herrera eight yards out.

Herrera explained the horrible feeling of participatingin a losing Champions League final and was adamant his team had the chances in front of goal to win the game.

He also said PSG had progressed as a club by reaching the decider of the tournament and vowed they would continue to build as a team.

"Now we feel like sh*t. We have to think, think that we've done something very important. We've built something important for the club and the fans," Herrera said to RMC Sportpost-match.

"There are no words for anyone (sic) but tomorrow, I think we will think about what we did for the club, that we built something that we did together. Tonight's a tough night, including talking about it.

"We're going to try to make it back to the final. We're not going to throw away what we did.

"We've built something important that we can't throw away."

This was Herrera's first season at PSG after joining from Manchester United on a free transfer in July 2019.

The ex-Red Devil contributed to an extraordinary campaign from the French giants that included a clean sweep of domestic trophies including Ligue 1, Coupe de France, Coupe de la Ligue and Trophee des Champions.