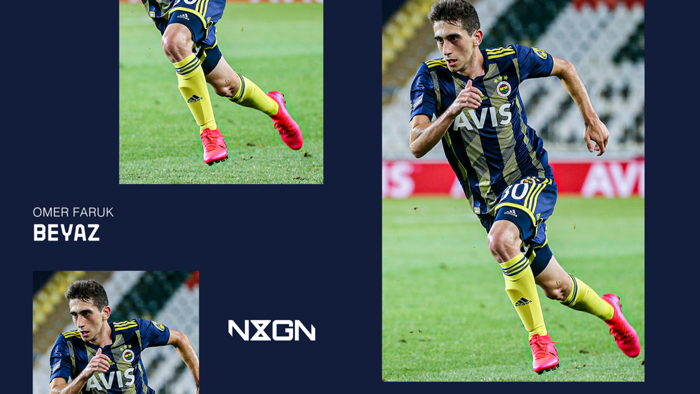 Talk of'golden generations'is nothing new when it comes to international football.

It's an exciting idea: a group of players, all born within a year or two of one another, emerging at the same time to inspire a shot at glory on the biggest stage of all.

Almost every top-level nation has gone through at least one 'golden generation' cycle over the past 30 years, with Belgium presently approaching the end of their run, while England fans have begun dreaming oftheir own crop of talented youngsters one day lifting the World Cup.

One country on a similar path is Turkey, with the 2002 World Cup semi-finalists already boasting a number of players who have begun to make their marks on Europe's top five leagues.

Caglar Soyuncu, Cengiz Under, Merih Demiral, Ozan Kabak and Yusuf Yazici are among those to haveestablished themselves around the continent, whileOrkun Kokcu is likely to follow them, having impressed for Feyenoord last term.

All are still under the age of 25, and having taken four points off World Cup winners France during qualifying for Euro 2020, there is hope that Senol Gunes' side will be regulars in the latter stages of tournaments over the next decade.

And while the aforementioned group of players are certainly a promising bunch, there is a teenager emerging at Fenerbahce who promises to be the jewelin the crown of Turkey's golden generation.

Omer Faruk Beyaz may have only turned 17 in late August, but he is already being spoken about as a future star at both club and international level.

In July, he became the youngest player to ever start a match for Fenerbahce, and by the end of the campaign was wearing the captain's armband for the 19-time Turkish champions.

Born in Istanbul, Beyaz joined Fener at the age of 10 before working his way through the various age-group teams.

He truly came to prominence in his homeland in January 2019 when he firedTurkey's Under-16s to victory at the prestigious Mercedes-Benz Aegean Cup.

Beyaz was named Player of the Tournament after scoring twice in both Turkey's semi-final win over England and their defeat of Spain in the final – despite being just 15 at the time.

Reports immediately linked the youngster with a move to Manchester United or Liverpool, whose scouts were cited as being more than a little impressed by his performances over the course of the competition.

He remained, however, with his boyhood club– despite their relatively poor record of introducing youth talent into their first team.

Fener's last league title came back in 2014, and with pressure from fans to return to their glory days ever-increasing, there has been a reluctance to throw academy graduates into the starting line-up.

Demiral, for example, spent five years in the club's academy without ever playing a senior game before moving to Portugal in 2016. Four years later, he is a Juventus player and mainstay of the national team.

Despite their continued struggles in recent years, Fener are keen to ensure the same thing does not happen with Beyaz.

That is why– despite him having scored just two goals in 14 matches at U19 level over the course of the 2019-20 campaign– he was introduced into the senior squad for the first time in March.

Having been an unused substitute on three occasions either side of the coronavirus-enforced lockdown, he made his debut on June 16 as a late replacement in Fener's Turkish Cup semi-final defeat to Fenerbahce. Four further appearances followedin the closing weeks of the Super Lig season, including two starts.

Despite him looking understandably tentative at times, the esteem with which he is held in at the SukruSaracoglu Stadium was evident when club captain Emre Belozoglu handed the armband to the teenager after he was substituted in the closing stages of Fener's win over Rizespor on the final day of the campaign.

For context, Alex is considered the greatest player in Fenerbahce history.

Most at home in the No.10 position,left-footed playmaker Beyazis not shy to show off his array of skills when in possession, while it also been noted that he rarely, if ever, ducks out of challenges with opposition defenders.

His style of play has been likened to that of David Silva, though Beyaz himself is hopeful of emulating perhaps the best there has ever been.

"Lionel Messi is my idol," he toldFenerbahce TV."I have been watching him closely. Not only what he does on the pitch but also out of it. His personal life, what kind of character he has... I’ve read every book about him. He is an exemplary player for me.

"After having success with Fenerbahce, I want to play for the biggest clubs inEurope. My biggest goal is to win the Ballon d’Or."

Beyaz is certainly on the right path to reach his goals, and there are now plenty of young Turkish stars for him to follow.