'Only I know what I had to do to get Lukaku!' - Conte shrugs off Messi to Inter rumours 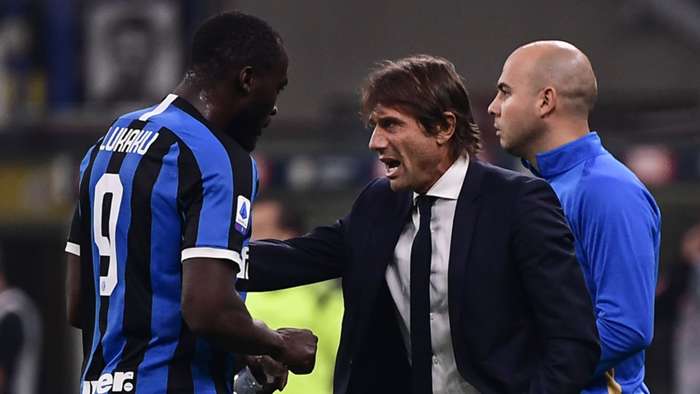 Antonio Conte reiterated his belief that rumours linking Lionel Messi to Inter are a little farfetched, hinting he struggled to even get the club to sign Romelu Lukaku.

That result means they finished just a point adrift of champions Juventus, who lost 3-1 at home toRoma in their final league match.

Having already backed Conte significantly in the transfer market, Inter are expected to further strengthen ahead of the 2020-21 campaign.

One somewhat outlandish report in Italy has claimed Inter are trying to lure Barcelona icon and Ballon d'Or holder Messi away from La Liga, with his future a little uncertain due to turbulence at Camp Nou.

But Conte will remain realistic, particularly after Inter CEOGiuseppe Marotta likened the rumour to a "utopian" fantasy.

"Look, only I know what I had to do to get Lukaku," he joked to reporters after the match. "Trust me, at the end of the season we will make evaluations."

"He is strong, I was already looking for him at Chelsea but then he went to United," Conte said of Lukaku. "He is an atypical footballer who can be a point of reference, but he can improve.

"Today, I also liked Lautaro and Sanchez. It is thanks to these guys if we scored 81 goals and if we finished second."

Despite Inter's strong finish to the Serie A season, Conte cut a frustrated figure at the end of the match and seemed to hit out at the club's management for a lack of support.

The Nerazurri's season isn't yet over either with the club still alive in the Europa League and set to face off against Getafe in the Round of 16 next week.