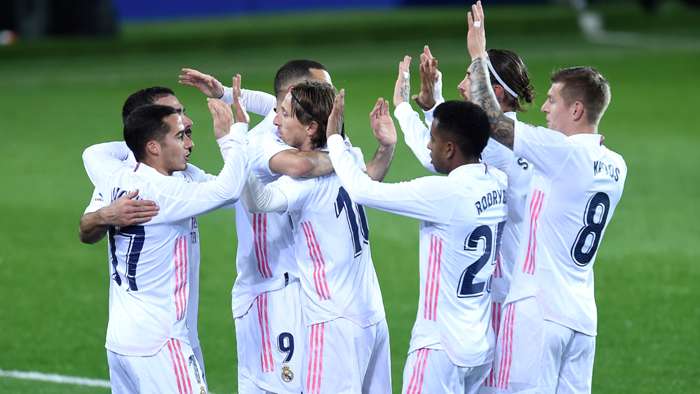 Real Madrid are aiming to continue their impressive run of form when they travel to Osasuna on Saturday evening in La Liga.

Jagoba Arrasate's men have gone 10 La Liga games without a victory and bet365 price them at 15/2 (8.50) to claim what would be their fourth triumph of the season.

The champions are without right-back Dani Carvajal who is suspended, while winger Rodrygo is out until at least March with a muscle injury.

Osasuna have doubts over midfielders Lucas Torro and Darko Brasanac as well as forward Adrian Lopez, while striker Chimy Avila and goalkeeper Ruben Martinez are definitely out.

The first match of the calendaryear saw Real Madrid produce a strong performance to see off an in-form Celta Vigo side 2-0 in the Spanish capital last weekend.

It was the 12th consecutive La Liga game in which Los Blancos have scored yet only their fourth clean sheet during that run, and away from home Madrid have conceded in eight of their last 11 league games.

While Osasuna are not one of the division's most prolific sides, they have regularly found the back of the net this term,particularly in Pamplona where they have scored in 10 of their last 11 games.

There should certainly be some interest in backing both teams to score, especially given it isa selection which has paid out in four of Madrid's last five away league games against Osasuna.

Both teams to score is offered at 4/5 (1.80) and has proved profitablein each of Osasuna's last five matches as well as in eight of Los Blancos' last 11 away games in La Liga.