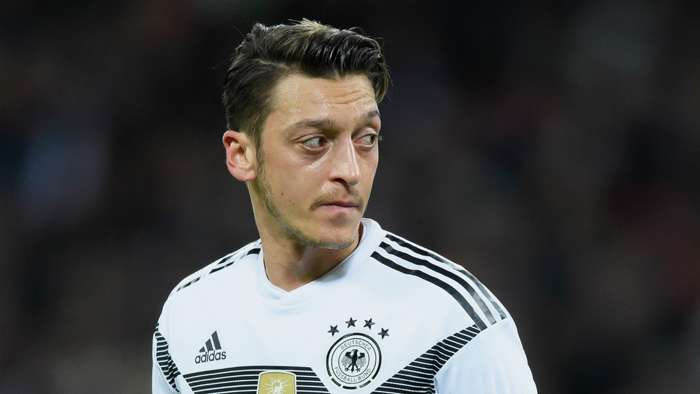 The German Football Association (DFB) have contacted Mesut Ozil to set up a meeting and reconcile with the Arsenal playmaker.

“The treatment I have received from the DFB and many others makes me no longer want to wear the German national team shirt,” Ozil said at the time. “I feel unwanted and think what I have achieved since my international debut in 2009 has been forgotten.”

Ozil, a five-time German Player of the Year, singled out former DFB president Reinhard Grindel, accusing him of racism. He added: "I will no longer stand for being a scapegoat for his incompetence and inability to do his job properly."

Now, Grindel’s successor, Fritz Keller, has reached out to Ozil to repair the relationship between Ozil and the DFB.

“We were informed that our president has contacted Mesut,” DFB director Oliver Bierhoff told Bild. “If a meeting emerges from it and everyone sits down at the table, we would be happy. I was in contact with Mesut on his birthday via WhatsApp and he replied very nicely.”

The Bildreport added that the message from Keller was made after Germany drew 3-3 with Turkey in an international friendly on October 7.

“Of course I had many amazing memories playing with the national team - we won the World Cup in Brazil and were part of a great era for German football,” Ozil wrote. “I would never say I regret playing for Germany. Lots has been said about the way it ended, and I don’t regret that decision.

“In life you move on, and I’m thankful to have received such a nice personal letter recently from DFB President, Fritz Keller, which addressed all the issues that occurred at the time.”