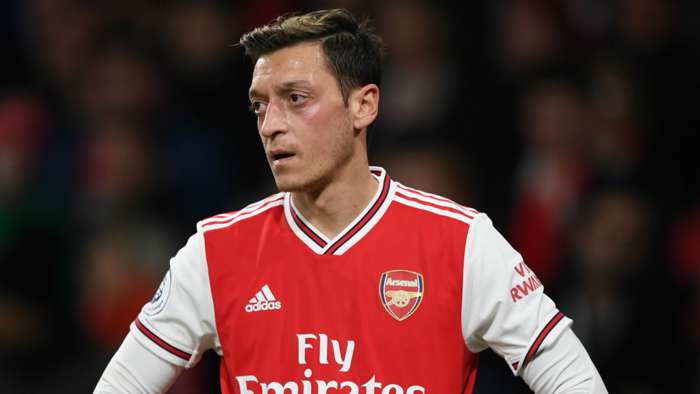 Mesut Ozil needs to meet Arsenal “halfway” in a long-running “stand-off” that is doing nobody at Emirates Stadium any favours, says Sol Campbell.

The opening of another transfer window has seen further questions asked of a World Cup winner in north London.

Former Germany international Ozil has entered the final 12 months of a lucrative contract he penned in January 2018.

It has been claimed that Arsenal would like to free up funds and space in their squad by moving the 31-year-old playmaker on, with Mikel Arteta having frozen a former team-mate out of his plans.

Ozil has, however, stated his intention to honour an agreement that will take him through to free agencyin the summer of 2021.

Game time may be in short supply if he decides to stay put, with nobody standing to benefit there, and Campbell hopes a compromise can be reached that suits all parties.

The former Gunners defender told talkSPORT: “Obviously, internally there is something going on. It’s all there for everyone to see.

“They need to come together somehow but if there’s a stand-off then nothing is going to happen.

“Someone’s got to give and to give in is not always to lose. You don’t always have to give in and it means you are losing. It’s just sometimes you have to meet halfway.”

While Ozil remains an unwelcome distraction for Arsenal, Arteta has offered cause for optimism through the early part of his reign.

A managerial rookie has already delivered FA Cup and Community Shield success, with Campbell confident that the Gunners can build on promising foundations.

He added: “Arsenal were looking for a breath of fresh air and they’ve got it in Mikel. That’s key really. Players are responding and players are willing to run for each other.

“Young players are coming in and getting a chance and all the players are inspired by the young players. Everyone is feeding off each other in a positive way. That’s key for me.

“Edu is there as well and there’s a nice relationship there. It seems to be working really well.