Ozil hits back at Morgan criticism with brutal response on Twitter 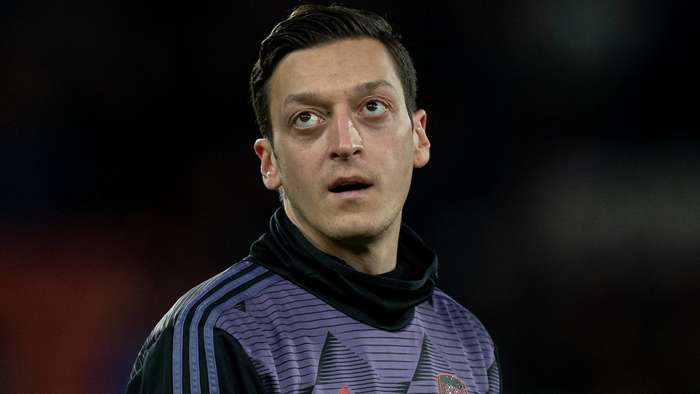 Mesut Ozil aimed a brutal put-down in the direction ofPiers Morgan during a back and forth between the pair on Twitter.

While his team-mates have been on the pitch, Ozil has often been found tweeting about the games as they progress.

Ahead of Arsenal’s meeting with Leeds United at Elland Road on Sunday, Ozil wrote: “Let's goooooo.”

The tweet prompted a response from Gunners fan Morgan, who said: “I wish you would, Mesut. For your sake and Arsenal’s.”

“Piers, was that really you, or was your phone hacked?” was Ozil’s response.

Morgan, the former editor of the Daily Mirror, is never short of a retort and he fired back with a couple of tweets of his own.

“First tackle you’ve put in this season - well done!,” he said, which was followed up with a more lengthy response.

Morgan wrote: “I must say Mesut Ozil I admire your nerve in trolling Arsenal fans who pay your wages given you’re getting £350k-a-week of OUR money to sit on your a*se doing f*ck all. Try training as hard as you work on being a clever dick. Then the manager might pick you.”

As Ozil has pointed out with regularity, he says he is training hardin a bid to win back the faith of manager Mikel Arteta - but it has so far been to no avail.

Ozil’s last game for Arsenal was the 1-0 win over West Ham on March 7.

Arteta has elected to go in a different direction to Ozil but the Spaniard could have done with some of the former Germany international’s creative spark as his side were toothless in Sunday's0-0 draw with Leeds.