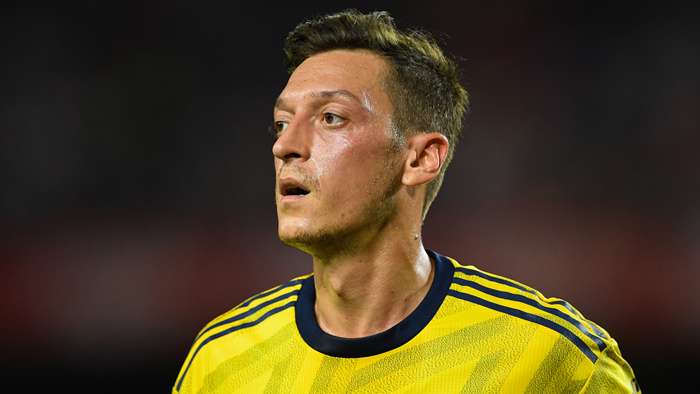 Mesut Ozil has been warned that he will “live to regret these wasted years”, with Alan Smith surprised to see the World Cup winner state that he intends to see out the final 12 months of his contract at Arsenal.

Instead of seeking a new challenge outsidenorth London, Ozil maintains that he will run down a lucrative deal with the Gunners and become afree agent during the summer of 2021.

He is unlikely to see much competitive football if that vow is honoured, and Smith is urging the German to reconsider his optionswith a parting of ways considered to be the best option for all concerned at Arsenal.

The former Gunners striker told Sky Sports: “As for Mesut Ozil, the tiresome saga rolls on. In an interview this week, the German insisted he is staying at Arsenal, even though he obviously does not feature in Mikel Arteta's plans.

"This is a funny one. Ozil is well within his rights to see out a four-year contract the club were happy enough to give, but from a purely football aspect, why would you do that if you are not going to play?

“‘This is my profession’, he says. ‘It's what I love doing: being on the pitch, playing matches, showing the people, helping the club and my team’. Ok, so if you love playing so much, why not go somewhere you're actually wanted?

“There's an old saying in football - you are a long time retired. Come the end of his career, he might live to regret these wasted years.”

While Ozil appears to be very much out of the picture at Arsenal, Smith believes value has been found in a deal for former Chelsea star Willian.

The Brazil international has crossed London as a free agent and is seemingly set to take the place of £72 million ($94m) club-record signing Nicolas Pepe in Arteta’s immediate plans.

Smith added: “Willian's free transfer from Chelsea looks like the first step, which surprised me at first given the Brazilian's age. Just turned 32 with lots of miles on the clock, Stamford Bridge has surely seen his best days.

“So was this just a convenient move because he has the right agent? Something foisted upon Arteta by Raul Sanllehi, the head of football? Or does Arteta see something in Willian that can improve the team straight away?

“One thing is for sure, as a right-sided attacker, his arrival asks immediate questions of Nicolas Pepe, signed at exorbitant cost this time last year.