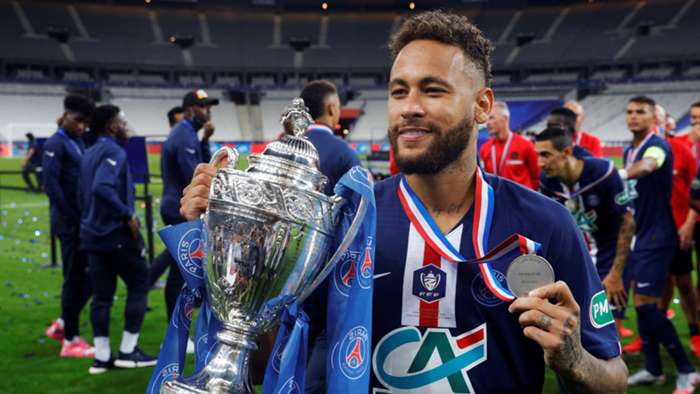 PSG can join Celtic in being the only teams to win a clean sweep of trophies, includingthe Champions League, if they defeat Bayern Munich or Lyon in Sunday's final.

If they can triumphin the Champions League final, PSG will snarean incredible fifth trophy for the season - meaning they have won every competition they have competed in.

Only Scottish giants Celtic have enjoyed similar success in a single campaign, when they won five trophies in 1966-67, with their haul including the European Cup, Scottish First Division, Scottish Cup, Scottish League Cup and Glasgow Cup.

Their first trophy came over a year ago when they defeated Rennes 2-1 in Shenzhen to win their seventh consecutive Trophee des Champions title - which is a one-off match between the Ligue 1 winners and Coupe de France champions.

Despite the coronavirus pandemic forcing football to stop at the beginning of April, PSG were awarded the Ligue 1 title later that month when LFP (Ligue de Football Professionnel) decided to cancel the season and give the title to the capital club, who led by 12 points at the time.

When football resumed in July, the French powerhouse had two cup finals to compete in - the Coupe de France and Coupe de la Ligue.

Sunday's Champions League final will see Thomas Tuchel's side go in as underdogs if they are playing Bayern or favourites if compatriots Lyon qualify.

The tournament hasn't been a happy hunting ground for PSG, having been eliminated at the quarter-stage in every edition from 2012-2016 and then at the round-of-16 between 2016-19.