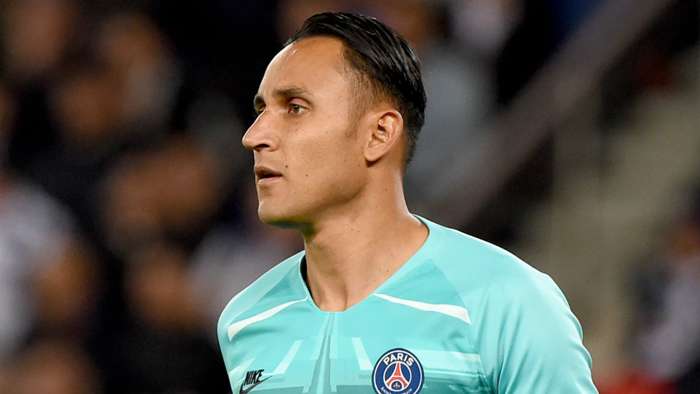 Ascan later revealed he had suffered a torn hamstring , meaning the 33-year-old faced a race against time if he was to participate in their last-four clash against Leipzig.

The PSG medical staff monitored Navas over the weekend but he played no part in their training session on Sunday afternoon. And with just 48 hours until kick-off in Lisbon, the former Real Madrid player now has precious little time to prove his fitness.

If Navas is sidelined, then that will mean a rare start for 26-year-old Rico.

The Spaniard has made just six appearances for the club this season after joining on a season-long loan from Sevilla, having spent the previous campaign on loan at Fulham.

Rico signed a short-term contract extension in June to cover the remaining weeks of the extended 2019-20 season, though it remains to be seen whether he will still be at the Parc des Princes next term.

Former Everton midfielder Idrissa Gueye also missed Sunday's training session with a minor injury but the 30-year-old is expected to be fit for Tuesday’s game.

Thiago Silva is also expected to play despite picking up a minor hamstring injury during the Atalanta game, while Kylian Mbappe’s lively 30-minute cameo against the Serie A side suggests his recovery from an ankle injury is progressing well.

Thomas Tuchel’s side reached their first Champions League semi-final in 25 years in the most dramatic of circumstances against Atalanta.

Trailing 1-0 going into stoppage-time, the Ligue 1 side equalised through Marquinhos before substituteEric Maxim Choupo-Moting converted Mbappe’s pass for a 93rd-minute winner.