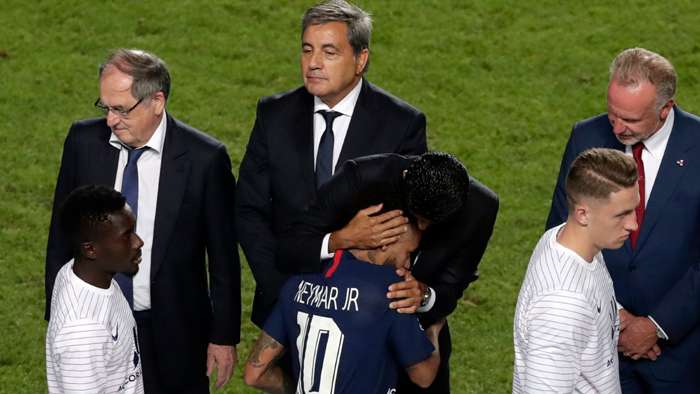 Making their first-ever appearance in the competition's finale, PSG were unable to overcome Bayern Munich as Kingsley Coman scored the game's lone goal in a 1-0 win for the German side.

The loss was a disappointing one for PSG, who have invested heavily in their squad by bringing in the likes of Neymar and Kylian Mbappe with the sole aim of winning the Champions League title.

Neymar was seen in tears following the loss, as PSG were unable to complete a historic quadruple after sweeping through French football once again this season.

Following the match, Al-Khelaifi admitted that the club was heartbroken but also guaranteed that this wouldn't be the last time PSG reached this level.

"We're sad. We don't forget that we've done great things this season. In the final, we lost 1-0 but we could have scored two or three goals," Al-Khelaifi told RMC Sport.

"It was very close. I am very proud of my players, we had a great season, a great tournament here. We had everything we needed to win, but that's football.

"We will work to win next season. Tonight we believe in it more than before. I promise we're gonna win the Champions League."

Despite the defeat, Al-Khelaifi says that the season is still a success and that Sunday's loss will be seen as a lesson for a club that is still looking to break through at this level.

"Players, honestly, everybody's coming out with their heads held high," he said. "They've created something.

"We played against the great Bayern, that's something. They're one of the best teams in the world. We lost 1-0. That's football. You have to improve on little things. This is our first final, Bayern's eleventh.

"We had a great season, we reached the final, we won four trophies. We're sad, we're disappointed, but there's a positive side.