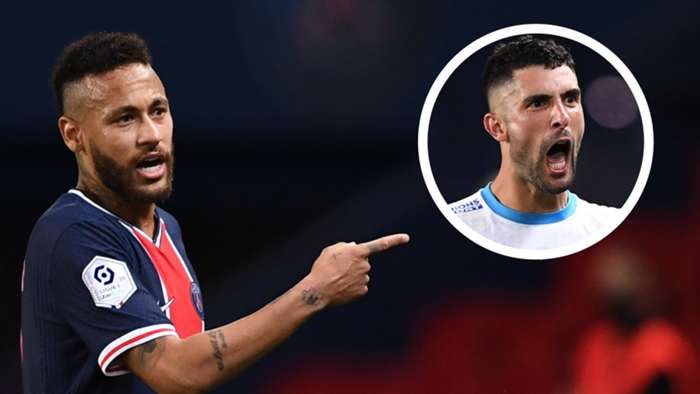 Paris Saint-Germain issued a statement on Monday as the club said it "strongly supports" Neymar after the Brazilian star accused Marseille's Alvaro Gonzalez of racially abusing him.

Neymar was sent off during Sunday's clash with Marseille, which PSG lost 1-0 to mark their second consecutive defeat to start the Ligue 1 campaign.

The Brazil international accused Marseille's Gonzalez of racism as he exited the pitch after his red card, which was earned by slapping the defender on the back of the head in a game-ending brawl.

That brawl resulted in five red cards, with Neymar tweeting after the game that his only regret was "not hitting that asshole in the face".

Gonzaleztook to Twitter himself to deny the PSG star's claims, adding: "Sometimes you have to learn how to lose and accept it on the field."

Both PSG boss Thomas Tuchel and Marseille boss Andres Villas-Boas said they didn't hear any racial abusewhile adding that it has no place in the game.

On Monday, PSG released a statement backing up their star winger, adding that the club is expecting Ligue 1 and the French federation to investigate the incident.

"Paris Saint-Germain strongly supports Neymar Jr. who reported being subjected to racist abuse by an opposing player," the club said.

"The club restates that there is no place for racism in society, in football or in our lives and calls on everyone to speak out against all forms of racism throughout the world.

"For more than 15 years the club has been strongly committed to the fight against all forms of discrimination alongside its partners SOS Racisme, Licra and Sportitude.

"Paris Saint-Germain looks forward to the LFP's Disciplinary Commission to investigate and ascertain the facts, and the club remains at the LFP's disposal for any assistance required."

While Neymar was sent off, PSG team-mates Layvin Kurzawa and Leandro Paredes were also dismissed for their roles in the brawl.

On the other side, Marseille's Jordan Amavi and Dario Benedetto earned red cards themselves as the match rapidly got out of control in the waning moments.

Marseille edged their rivals thanks to a Florian Thauvin goal, with the club making it two wins from two ahead of Thursday's clash with Saint-Etienne.